Luffy may not be able to save everybody in One Piece, but he will never stop trying.

One Piece is not always fun and games for this adventurous pirate. Sometimes the stakes are too high, especially if someone’s life is on the line. With that said, Luffy is never one to back down from a challenge.

Sadly, he doesn’t always get what he wants in the One Piece series. Through no fault of his own, sometimes life is just unfair to him. There are times when he can’t protect the people he loves. However, not everything is hopeless for the Straw Hat. His many victories far outshine his few defeats. 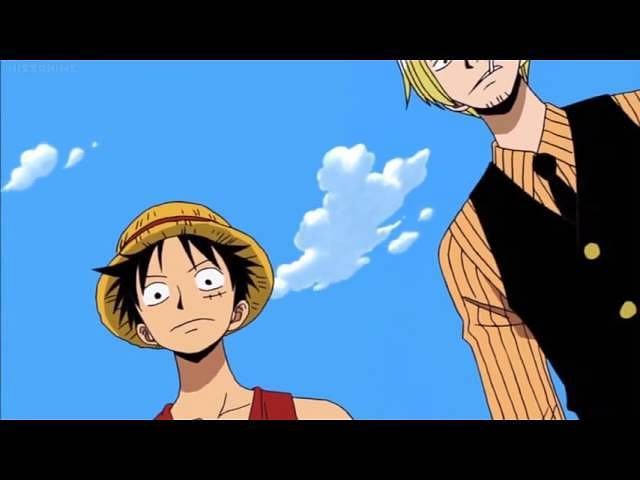 Unfortunately, the Straw Hats can’t be everywhere at once. Luffy isn’t always there to protect his friends.

Usopp is arguably the weakest crew member, so he didn’t stand a chance when the Franky Family beat him up. They even took his money, an event that would result in Going Merry’s downfall. Luffy no longer had the funds to repair the ship, so he needed to get another one.

At the very least, the Straw Hats did get their revenge, but it was too little too late. There would still be friction between Luffy and Usopp all the way to Enies Lobby. 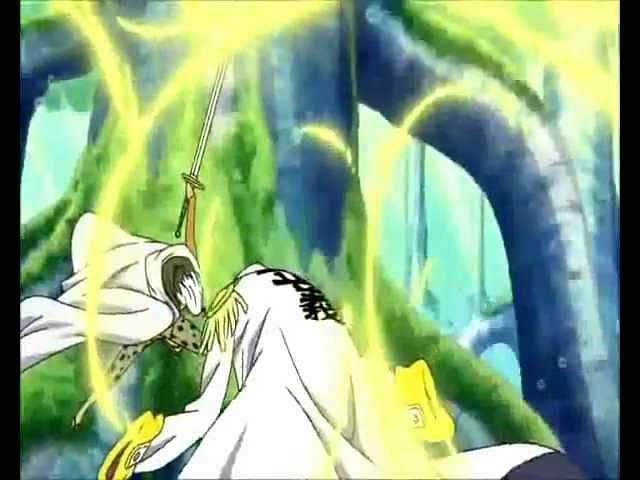 Luffy fully understood the consequences of striking down a World Noble. That meant a very powerful Admiral would be sent to deal with the situation.

Kizaru truly showcased his power when he effortlessly defeated multiple Supernovas. He can move at the speed of light with his Pika Pika no Mi. At one point, Kizaru even had Zoro dead to rights.

The Straw Hats could only watch helplessly before Rayleigh made the save. By this stage in One Piece, Luffy had no hope of taking on the Admiral, especially one with a Logia fruit. 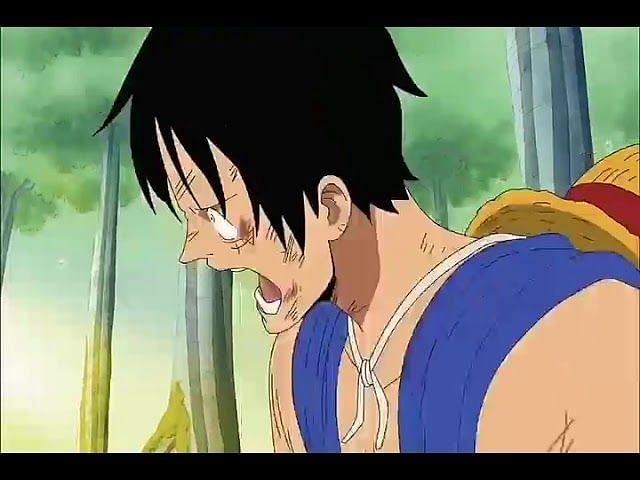 After a long grueling battle against the Marines, the Straw Hats barely had anything left in the tank. They were in no physical shape to fight Bartholomew Kuma. The Nikyu Nikyu no Mi allowed him to send objects anywhere he wanted to. He used his ability to send the Straw Hats flying to other islands.

Luffy couldn’t do anything to stop it from happening. one by one, he watched all his crew members disappear. Of course, he couldn’t have known that Kuma only had good intentions for them.

The Straw Hat was completely broken by this painful experience. He believed he failed his entire crew by not protecting a single member. 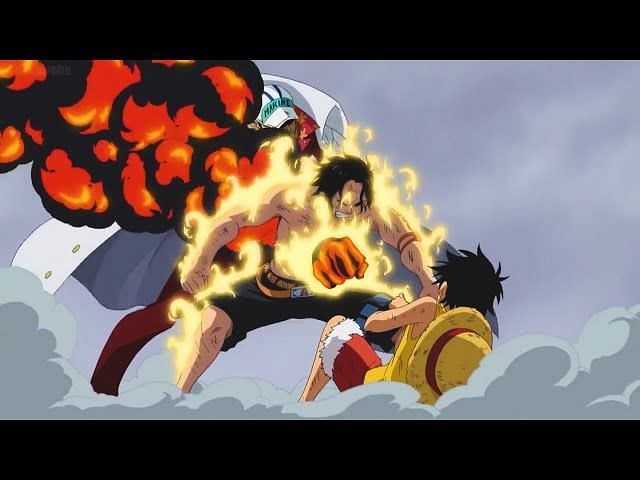 Luffy did what nobody else did in 20 years. He managed to breakout from Impel Down, the highest security prison in the One Piece series. All he wanted to do was save his sworn brother Ace.

His execution was set for the heavily guarded Marineford. With the odds stacked against him, Luffy did manage to rescue his brother. However, all his efforts were in vain, since Ace was led to a deadly trap by Akainu. The Admiral knew that he couldn’t resist a good taunt.

With a fistful of magma, Akainu burned a giant hole through Ace’s body. The latter’s death was very difficult to watch for many One Piece fans, let alone Luffy. Everything he did ended up being for nothing.

These are the One Piece characters that Luffy did save 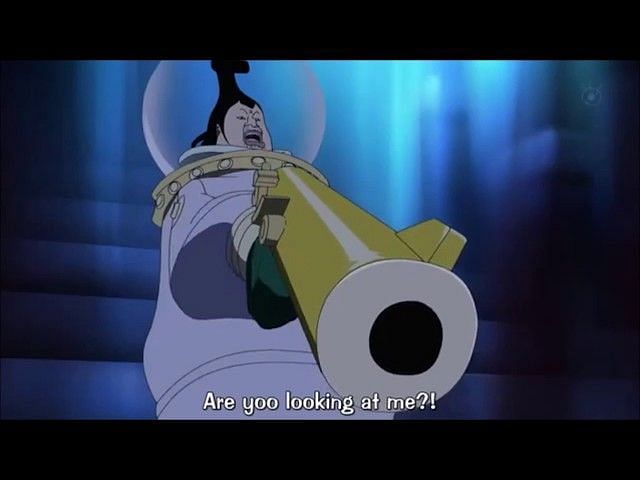 Under normal circumstances, World Nobles can do as they please. Saint Charlos believed this would be the case when he shot Hatchan. Of course, One Piece fans already know that Luffy doesn’t care about conventions. He was going to hit the World Noble no matter what.

Although Hatchan didn’t want Luffy to get involved, the Straw Hat had his mind made up already. He delivered arguably the most satisfying punch in One Piece history, knocking out Charlos.

Luffy never fully understood why Nami held such hatred for her tattoo. it symbolized her awful childhood under Arlong and his pirate crew. She was forced to work for the man who killed her adoptive mother.

In a very tragic moment, Nami even stabbed herself repeatedly. However, Luffy stopped her before she can do anymore damage. He even placed his trademark Straw Hat on Nami’s head.

Luffy always makes it a priority to protect his friends in One Piece. He would never forgive Arlong for what he did. Rest assured, Nami would finally be saved from her childhood abuser. 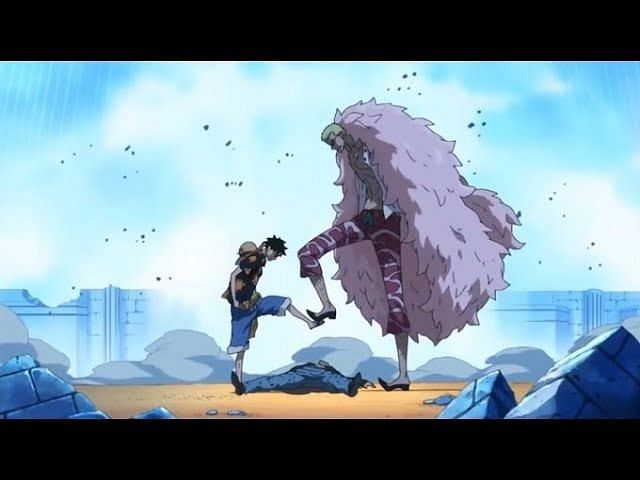 During the climax of Dressrosa, Law was nearly finished off by his bitter rival Doflamingo. However, right before the Heavenly Yaksha could land a deadly kick, Luffy stopped him with his bare leg. They even had a brief clash with their Conqueror’s Haki.

It’s among the most hypeworthy moments in One Piece history. By this point, everyone knew that Luffy wasn’t playing around.

The Straw Hat would never let his friend go out like this. Doflamingo’s reign of terror was finally coming to an end and he knew it. All it took was a fully enraged Luffy and Gear Fourth. 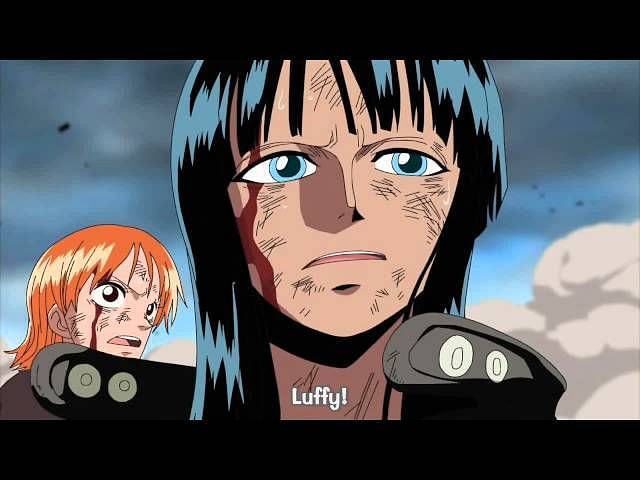 Nico Robin wasn’t on the ship for very long, yet Luffy still considered her a Straw Hat. When she was captured by Spandam, he made it his mission to save her. One Piece fans will never forget what happened in Enies Lobby.

Taking down the CP9 organization seemed like an impossible challenge for a rookie pirate crew. Rob Lucci and his fellow assassins were highly dangerous combatants. Luffy was nearly beaten within an inch of his life. Somehow and some way, he still managed to prevail.

Watching Nico Robin break Spandam’s back never gets old. However, that would’ve never happened if it wasn’t for Luffy and his crew members. They went up against the World Government and completely defied them. It was truly their most triumphant moment before the One Piece timeskip.