Former Indian opener Aakash Chopra feels that Royal Challengers Bangalore (RCB) batter Virat Kohli will have a good game against the Chennai Super Kings (CSK) as he has a highly impressive record against them in the Indian Premier League (IPL).

CSK will take on RCB in the 22nd match of IPL 2022 at the DY Patil Stadium in Navi Mumbai on Tuesday. Chennai are on a low, having lost four matches on the trot, while Bangalore have won three games in a row.

Previewing the fixture, Chopra said that Kohli can be expected to continue his good run with the bat. Speaking on his YouTube channel, he said:

“Virat Kohli loves playing against Chennai. He always scores against them. I feel he will be among the runs today as well.”

He also predicted a good match for Bangalore skipper Faf du Plessis and pointed out:

“Faf du Plessis will be playing against his former franchise. So far, whichever player has played against his previous team, everyone has done well. It could be the same with Faf as well. I feel, Kohli and Faf will together score more than 80 runs.” 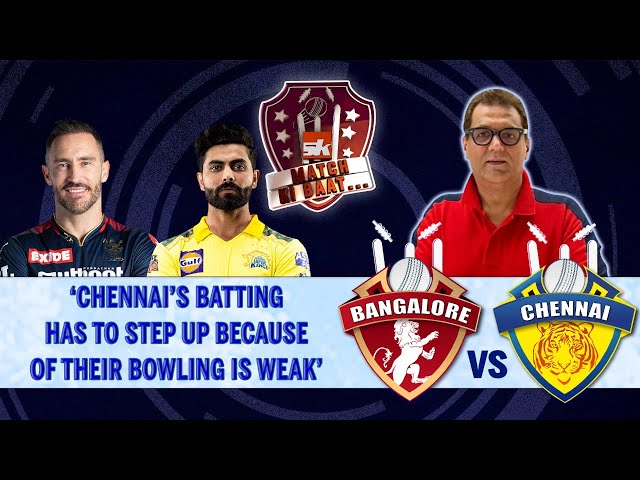 Kohli is the leading run-getter against CSK in the IPL. In 27 innings against the defending champions, he has smashed 948 runs at a strike rate of 127.25.

“Players RCB has invested in have given returns” – Aakash Chopra

Although these are still early days in the competition, Bangalore have been among the most impressive sides so far.

Chopra attributed their success to the players being picked at the mega auction delivering the goods. He elaborated:

“The players RCB has invested in for this season have given the returns. Be it Harshal Patel, Wanindu Hasaranga, Faf du Plessis at the top of the order or DK (Dinesh Karthik) in the finishing role, everyone has been doing a very good role. This is just phenomenal.”

Predicting some changes in the batting, Chopra added that Mahipal Lomror might come in to assist Karthik in the finishing role. Sharing his views on RCB’s batting line-up, the 44-year-old said:

“Anuj Rawat is batting well. Faf du Plessis is also looking good. He has got one good score and I am sure he will get more. Virat Kohli is batting beautifully. He has been a bit unlucky; otherwise he could have scored a lot more runs. Dinesh Karthik is batting very well. I think Mahipal Lomror might come in to strengthen the middle-order.”

CSK and RCB have met 29 times in the IPL, with Chennai winning 19 and Bangalore emerging vicorious nine times. One match did not produce any results.