Brian Stann has praised Aljamain Sterling for his performance in his split decision victory over Petr Yan in their UFC bantamweight title unification bout at Saturday’s UFC 273 event.

In their first fight at UFC 259 in March 2021, Yan gradually took control of every realm of the fight until he landed an illegal knee to Sterling’s head. The strike resulted in Sterling winning via DQ (Disqualification).

Sterling’s critics later alleged that he feigned being hurt by the knee and deceitfully won the UFC 259 fight. Additionally, their rematch was postponed on multiple occasions as Sterling was dealing with injury issues. Meanwhile, Sterling’s detractors accused him of faking injuries and evading Yan.

Regardless, Sterling silenced his detractors by beating Yan in their rematch. In an edition of The MMA Hour with Ariel Helwani, former UFC fighter Brian Stann addressed this whilst lauding Sterling and his coaches.

He highlighted that Sterling masterfully executed his team’s game plan. Stann added that Sterling consistently took the fight to the mat – where he had the advantage – repeatedly took Yan’s back, and was unfazed by the pre-fight criticism. Noting that Sterling was truly well-prepared, Stann stated:

“You wanna talk about mental challenges to a fighter, right? Fighters can tell you all they want – They don’t listen to the fans. They don’t listen to the media. And they absolutely do. All of that could plant seeds of doubt in your mind. Watching that first fight against Petr Yan, and knowing he was getting handled. He was losing that fight, and he was being outclassed by the better fighter.”

“To have to live with that video footage, then deal with all the repercussions, and people saying he was backing out, he was faking injuries, everything else. And going in there and executing the game plan he executed, that was one of the smartest fights I’ve seen in recent history that I can remember.”

Watch Brian Stann’s conversation with Ariel Helwani in the video below: 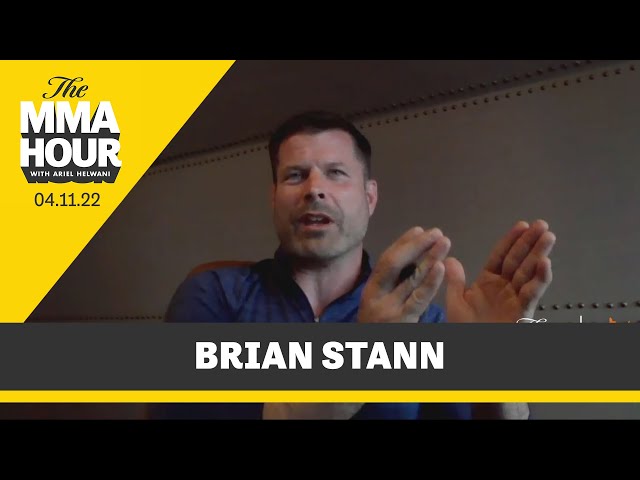 Speaking to Helwani, Stann indicated that many in the MMA community disagreed with how the Sterling-Yan UFC 273 rematch was scored. Additionally, both Sterling and Yan have insinuated that their rivalry isn’t over, hinting at a possible trilogy fight.

That said, during his post-fight octagon interview, Aljamain Sterling called out former two-time UFC bantamweight champion TJ Dillashaw for his next fight. Dillashaw soon fired back at Sterling by tweeting:

Whether the UFC chooses to book a trilogy fight between Aljamain Sterling and Petr Yan or to schedule Sterling to defend the title against TJ Dillashaw remains to be seen.