The UK population is now more worried about their finances than catching Covid, according to a large university study that points to surging inflation becoming the public’s top concern.

In March, 38 per cent of UK adults said they were worried about their finances, the highest proportion since the launch of the Covid social study run by University College London in March 2020.

By contrast, the proportion concerned about catching or becoming ill from coronavirus fell to 33 per cent, down from 40 per cent in January.

All age groups reported increased concerns about their finances, but the figure reached nearly half of those aged 30 to 59, twice the share among older people. Of this middle-aged group, only about one-third were worried about Covid.

Fancourt said the findings highlighted how the government’s new relaxed coronavirus guidelines had affected the way that people viewed the illness. “This is despite the fact that the number of Covid cases, hospitalisations and deaths remains equivalent or higher than in January 2022, meaning that the overall situation remains unchanged despite the shift in attitude,” she said.

Household finances became the primary concern for Britons ahead of the energy bills cap set by the sector regulator rising by 54 per cent in April. Even before that, consumer inflation rose to a 30-year high in February of 6.2 per cent and the consensus is of a further rise in the March figures that are released on Wednesday.

Inflation could accelerate further in the second part of the year reflecting increased gas and oil prices following Russia’s invasion of Ukraine.

As a result, only about half of the population felt in control of their finances in March, down from nearly two-thirds last October, the UCL study found. 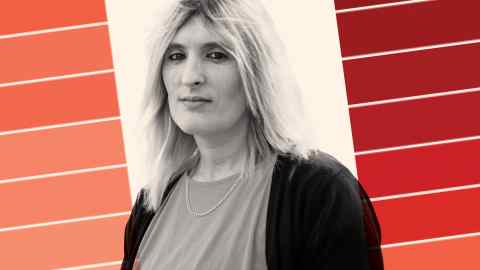 The study, funded by the Nuffield Foundation, UKRI and Wellcome, is based on a survey of 29,000 people interviewed between March 21 and 27. Much smaller studies published fortnightly by the Office for National Statistics showed an increase in the proportion of the population cutting their non-essential spending and energy use to cope with rising living costs.

The UCL report also found that the cost of living crisis was creating new mental health problems, with a drop in happiness and life satisfaction levels each month since the last summer. At the same time, depression and anxiety symptoms were the highest in nearly a year and on a level with when the first lockdown was eased in 2020.

Cheryl Lloyd, education programme head at the Nuffield Foundation, said the results showed “that the cost of living increases are having a negative impact on people’s mental health, especially those living on low incomes”.

This is despite people going out and about more. Nearly two in three people left home last month for entertainment purposes, an all-time high for the study. In fact, most people followed the new relaxed guidelines, the study found, but levels of confidence in the government to handle the pandemic well remained relatively low, at similar levels to when the first lockdown eased in 2020.