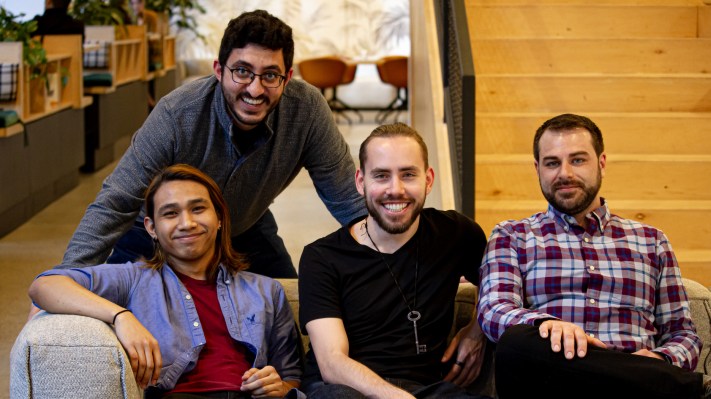 Quiltt is wrapping its warm low-code fintech infrastructure blanket around startups and small businesses that want to create financial services for their customers, but don’t have the budget resources for a big engineering team.

Ruben Izmailyan and Mark Bechhofer came up with the idea for Dallas-based Quiltt about five years ago while working together on a personal financial app. While pitching their automated budgeting app, they began receiving inquiries from people who weren’t so much interested in the budgeting tool as they were about the data engine around it and integration work they were doing.

“We realized that was a much better place for us to be spending our time, so we pivoted into an infrastructure business,” CEO Izmailyan told TechCrunch. “We were bootstrapping for the most part, and for the previous business, that made more sense, but for this, it made much more sense to build on the venture route.”

So they got started building the version of Quiltt that exists today. That includes API integrations with fintech providers, like Plaid, Spade and ApexEdge, and a suite of no-code user interface modules for users to experiment with on top of its data platform.

The company is also building out some bonus adds, like billing and subscription management, so that users can start with off-the-shelf, white-label apps and then transition to more specialized offerings when needed, or when they want to control the full experience without interrupting its back end data or services, Bechhofer said in the interview.

Monday marks the company’s public beta launch to startups and small businesses. Quiltt was working with eight customers over the past year, with a number of those startup customers in production or getting funded themselves, which is resulting in some real clients for the company.

It is a free service, for now, so the company is pre-revenue at this point. The company plans to have an infrastructure-as-a-service tier that will have a fee associated. Bechhofer also said the company will act as a single point of contracting for connection with downstream data providers and actionable API.

In addition, Quiltt announced $4 million in seed funding that was closed in the first quarter of this year. It was co-led by Greycroft and Newark Venture Partners and includes participation by entities like Motivate Ventures, Abstraction Capital, Tectonic Capital and Bridge Investments.

Having bootstrapped previously, Bechhofer mentioned that Quiltt had run “really lean and tight budgeted until basically closing this round,” and unlike companies that are more closely monitoring their cash burn, he and Izmailyan were actually increasing theirs but in a meaningful way.

Instead, Izmailyan and Bechhofer plan to grow the company slowly. It’s been a four-person operation for a bit, and the new funding will enable them to add some engineering power while further developing Quiltt.