Former Imperium member and NXT star Fabian Aichner may soon be getting a new name in WWE.

Aichner has been with Vince McMahon’s company since 2016, working first on NXT UK and then crossing the Atlantic to compete on the regular NXT. As a part of the Imperium stable, Aichner enjoyed a great deal of success, asserting dominance and winning championship gold alongside his teammates. Since the breakup of the stable, however, Aichner has not been seen on WWE TV.

This could all be about to change, though, as WWE ran a vignette for a new superstar on this week’s episode of NXT 2.0. The video promoted the upcoming debut of Giovanni Vinci, and though his face wasn’t shown, it is highly speculated that Aichner will be the man behind the gimmick. Nothing has yet been confirmed, either by WWE or by Fabian Aichner himself.

Should speculation be proven right, Aichner would be the latest in a long line of former NXT talents who’ve had their established names changed. This includes Aichner’s former stablemates and most recently LA Knight, who was repackaged as Max Dupri.

When did Imperium break up?

Imperium imploded a short time after Aichner and Marcel Barthel were dethroned as NXT Tag Team Champions by MSK at NXT: Stand & Deliver.

On the following episode of NXT 2.0, Aichner and Barthel lost a tag team match to The Creed Brothers of Diamond Mine. After the contest, Fabian walked out on his partner and has been off TV since. 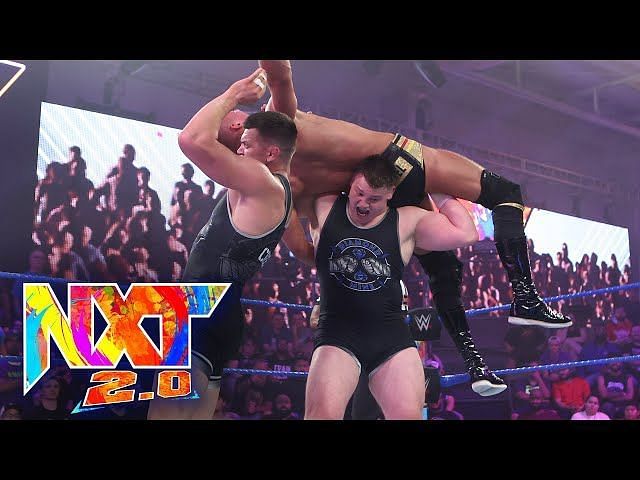 Shortly after, the group’s other members, Barthel and leader GUNTHER (WALTER) were re-packaged and brought to the main roster.

It will be interesting to learn the true identity of Giovanni Vinci, and whether or not it is Fabian Aichner. You can read more about NXT 2.0 by clicking here.

A popular wrestling star feels Drew McIntyre should be crowned Champion in the UK. Details here.