Sam Waley-Cohen is still pinching himself after completing a fairytale farewell from racing, winning the world’s most famous race in his final ride.

Waley-Cohen, 39, called time on his career as an amateur jockey after steering 50/1 shock outsider Noble Yeats to victory in the Grand National at Aintree.

The former Gold Cup-winning rider, who runs a series of dental practices and has competed at the top level of racing as a ‘hobby’, described Saturday’s win as a ‘fantasy’.

Noble Yeats, the first seven-year-old to win the National for 82 years, was trained by Emmet Mullins, in the colours of Sam’s father Robert.

Waley-Cohen told Sky Sports Racing: “We’re still waiting to wake up from it, pinching ourselves and saying: ‘Is it true?’ It’s a bit of a fantasy, it doesn’t feel like it could have come off.

“Even as I arrived at the course, I felt swept along by the huge amounts of good-will from people being generous about my retirement.”

Reflecting on the race itself, which saw Noble Yeats beat Ted Walsh’s 15/2 favourite Any Second Now and Gordon Elliott’s Delta Work, Waley-Cohen added: “I got a lot of luck.

“In my mind, you always want to have the inner over that last bend and you can get a bit of kick off it.

“When I got the chance to sit in and take a pull, that was a real gift because I got to fill him up a bit.” 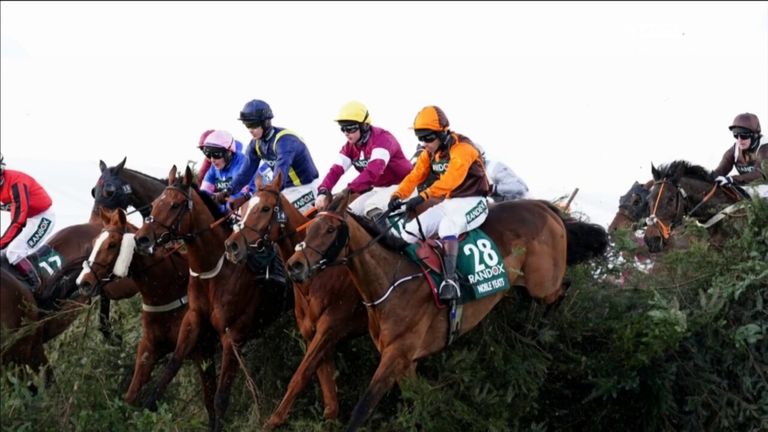 Victory marked the completion of a well thought-out plan from the Waley-Cohen family, who purchased Noble Yeats privately six weeks prior to the race.

Waley-Cohen’s first ride on Mullins’ horse did not go to plan, finishing down the field in ninth in the Kim Muir at the Cheltenham Festival.

Experience, though, proved key for Waley-Cohen, who despite never having won the National itself could boast six previous victories over the unique fences.

“Every time you mess one up or you don’t win, you watch the replays back a thousand times,” Waley-Cohen said. “I’ve watched more replays of when it doesn’t go right than when it does.

“Point-to-pointing is a great training ground for riding the fences because the horses don’t tend to keep such a great line and jumping well is so much more of a priority.

“More than anything else, you do need luck. It wasn’t just by magic.

“Emmet was the one that made me believe he’d stay. I learned a lot about him at Cheltenham as I could never travel well until I pulled him out and found space. When I did, he really moved forward.

“Even in the National, for the first seven or eight fences he wasn’t totally in love with it but then I found holes to get him into.

“He stayed incredibly well. I learned at Cheltenham that he had a turn of foot, it was just a question of whether he was going to give it to me or not.”

On his post-racing plans, Waley-Cohen said: “Life keeps rolling. We took the kids out for a ride this morning to escape some of the interest, enjoy the sunshine and let it all sink in.

“Life as an entrepreneur, as a sportsperson and as a family man is really intense so it’s quite nice to catch your breath for a second. I won’t be sitting there bored.”