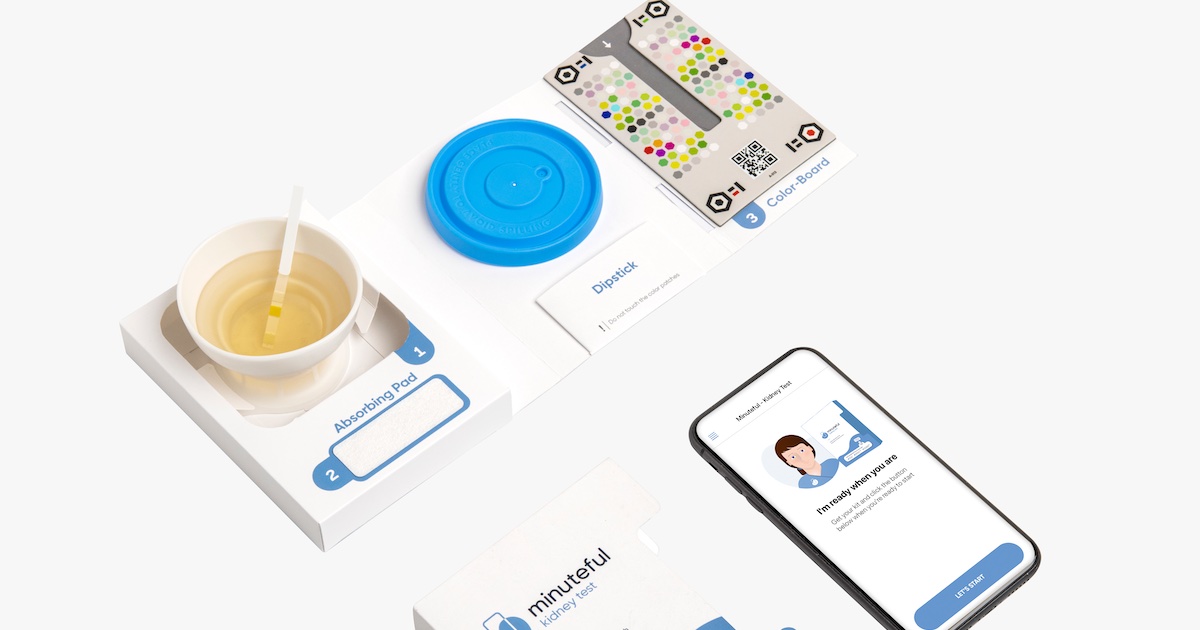 The test is used to determine the increased presence of a protein called albumin in the urine, which can be an early sign of chronic kidney disease. The kit includes a testing strip, a sample cup and color board. Patients dip the test strip into their urine sample and take a photo of their strip alongside the board using the company’s app to determine their albumin to creatinine ratio (ACR).

The company’s previous 510(k) from 2019 cleared the test for use by healthcare professionals at the point of care using an iPhone 7. It also received a clearance in 2018 for a similar urine-testing kit for detecting glucose, specific gravity, blood, pH and protein, as well as the qualitative detection of nitrite.

“We have the experience, results and regulatory assurances to fundamentally change how Americans monitor chronic conditions using their smartphone camera,” Healthy.io founder and CEO Yonatan Adiri said in a statement.

“In effect, Minuteful Kidney is a digital antidote that can help every person at-risk dramatically decrease their probability of undergoing dialysis. We look forward to bringing our technology to millions of Americans across all socioeconomic levels, preventing CKD, lowering rates of dialysis and reducing healthcare costs.”

According to the CDC, 15% of U.S. adults have chronic kidney disease, but many people are unaware they have the condition.

Early stage kidney disease usually has no symptoms, and many patients aren’t diagnosed until the condition is more advanced. About two in a thousand Americans have end-stage kidney disease, which requires a kidney transplant or dialysis, according to the NIH.

Healthy.io wrapped up a $60 million Series C round in 2019, months after it announced an $18 million Series B raise. In 2020, the startup launched a smartphone-based product for wound management and acquired Inui Health.

Other companies in the kidney care space include Strive Health, which landed $140 million in a Series B funding round last year, and Monogram Health, which closed a $160 million raise in 2021.