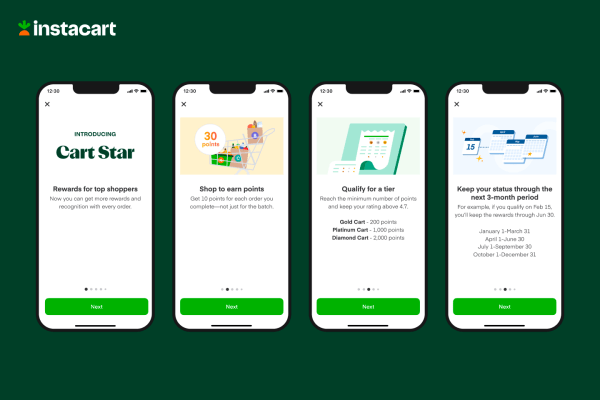 Instacart announced today that it’s launching a new “Cart Star” rewards program for shoppers on its platform. The program will offer incentives in three tiers: gold, platinum and diamond. To qualify for Cart Star, shoppers need to accumulate points based on the number of orders they fulfill, earning 10 points per customer order they deliver.

Diamond shoppers who are within close range of a store will get priority access to “batches,” which is a term Instacart uses to describe delivery jobs that include more than one order at a specific store. Diamond shoppers will also get exclusive early access to batches, along with the ability to accept batches before stores open. In addition, Instacart is partnering with Care.com to give diamond shoppers access to two days of caregiving for a child, senior or pet per quarter for the cost of $1 per hour or $10 per day.

Shoppers who have reached platinum and diamond status will have this achievement displayed in their profiles. In testing, Instacart found that users who saw one of these badges on their shopper’s profile were more likely to leave a higher rating and higher tip. 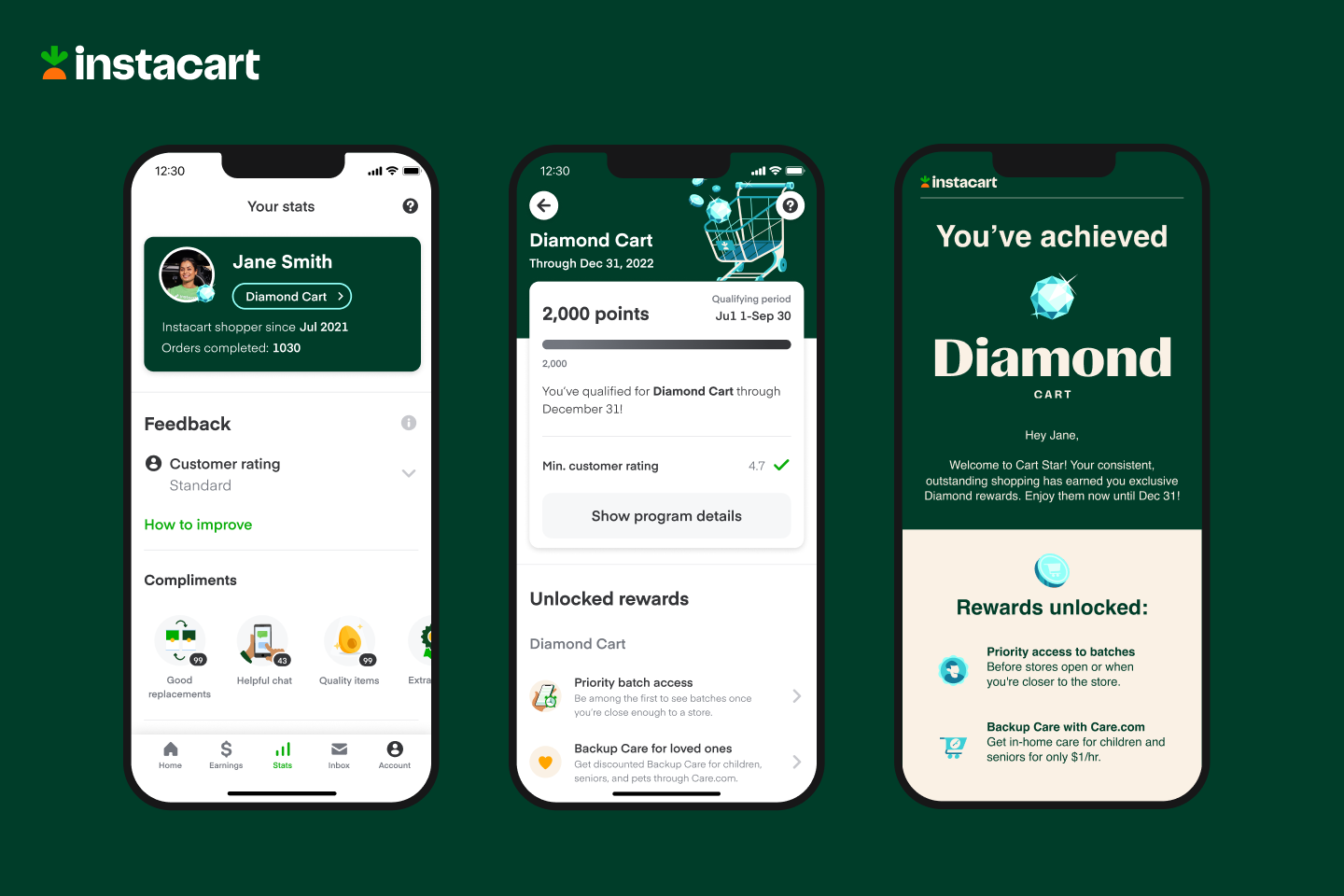 “We’re thrilled to unveil our Cart Star program to recognize top shoppers with impactful incentives that help them stand out to their customers, improve their access to earnings and reach their personal goals,” said Tom Maguire, the vice president of operations and care at Instacart, in a statement.

The launch of the new rewards program comes a few weeks after Instacart introduced a revamped customer ratings system that is designed to be more informative and fair for shoppers on its platform. The company will now remove a rating if it’s from a customer who consistently rates their shoppers below five stars. Instacart is also going to forgive more ratings for reasons that may be outside of a shopper’s control. Instacart also recently rolled out a tip protection service to give its shoppers more reliable access to their tips.

Instacart’s updates are likely an attempt at appeasing shoppers, which have been on strike for years against the company’s low pay and lack of communication.