Former Indian batter Aakash Chopra reckons that the Kolkata Knight Riders (KKR) need to display better consistency in their batting in IPL 2022. According to Chopra, Kolkata have been lucky so far as individuals have put their hands up and rescued the team from tricky situations.

KKR have won three out of their four IPL 2022 matches so far. They defeated the Mumbai Indians (MI) by five wickets in their previous outing. Shreyas Iyer’s men will next take on the Delhi Capitals (DC) at the Brabourne Stadium on Sunday.

Previewing the match, Chopra said on his YouTube channel that while Kolkata’s IPL campaign has been impressive, there is definite scope for improvement in the batting. He elaborated:

“Things are looking good for Kolkata because every time KKR are in trouble someone or the other puts their hands up and does the job for the team. Still, the batting has been far below potential and underwhelming.” 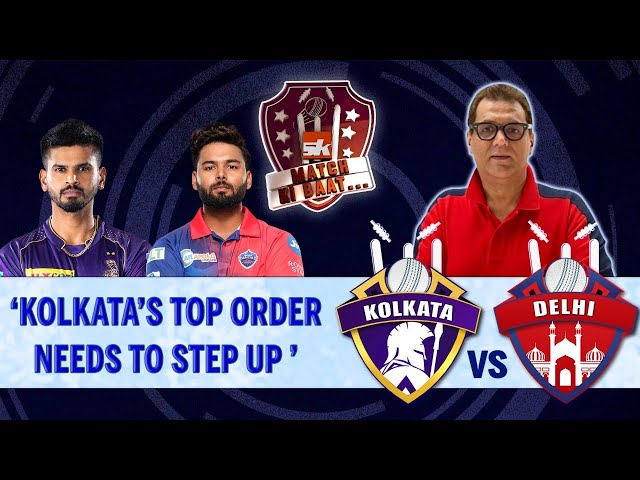 Against Mumbai, Kolkata stumbled to 83 for four while chasing 162. However, Pat Cummins slammed a record-equalling fastest fifty (14 balls) to lift the team to victory.

The former cricketer also reckons that the Kolkata franchise will be regretting the decision to release opener Shubman Gill ahead of the IPL auction. The young right-hander has been in excellent form for the Gujarat Titans (GT), scoring 84 and 96 in the team’s last two matches. Speaking about Gill, Chopra opined:

“KKR would be regretting letting Shubman Gill go, the way he has been batting. We are going to see the best of Gill in the next 2-3 seasons. Gujarat will enjoy the best of him. It is very important to catch the player at the right time. KKR let him go at the wrong time.”

The cricketer-turned-commentator concluded that, as a batting unit, Kolkata must lift their game. The 44-year-old stated:

“Venkatesh Iyer eventually got some runs (against MI) even though he did not look in form. Ajinkya Rahane’s form has dipped after the first match. Nitish Rana and Shreyas Iyer are underperforming at this point of time. Andre Russell and Pat Cummins have rescued them in different games. Their campaign is going well, but they can do a lot better.”

Who is the current Orange Cap & Purple Cap holder in IPL 2022? Click here to know!