President Joe Biden’s ne’er-do-well son Hunter called his father and begged for $10,000 so he could pay off an impatient prostitute who had ties to a Russian escort ring, newly released video shows.

The damning video was discovered on Hunter’s abandoned laptop and released to the public by the Washington Examiner on Monday.

Hunter allegedly spent over $30,000 on escorts, the majority of whom used “.ru” Russian email addresses and who worked at an “exclusive model agency” called UberGFE during a nearly four month period between November 2018 and March 2019, the outlet reports.

“Are you hurt in any way?” Hunter can be heard asking the woman in the damning video. “I’m literally saying I’m sorry it took so long to get you the $10,000.”

Hunter’s father reportedly wired Hunter a total of $100,000 to help pay his bills from December 2018 through January 2019, per the Examiner. However, the outlet reports that there was no indication that Biden knew what his son was spending the money on.

There’s proof that Biden wired at least another $5,000 to his son, who used the money for another UberGFE escort. Meanwhile, text messages show that Hunter had lied to his father to send him $20,000 for a drug rehab program that he never went to, according to the news outlet.

“What’s wrong with you?!” Hunter told the Washington Examiner after the bombshell story was published.

Texts from president’s son to a woman named Eva, who worked as a liaison for him and the escorts at UberGFE, show that Hunter said his bank accounts had been temporarily frozen due to him sending the girls money through their Russian email addresses. 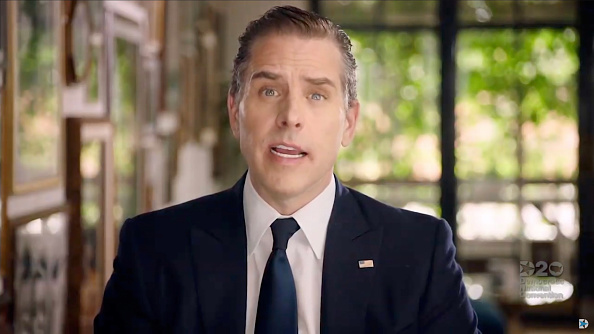 Hunter’s laptop, the hard drive of which contained everything from photos of him smoking crack to dubious connections to Ukrainian businesses, have remained a source of controversy for the president since content from it began to be released in 2020.

In an April 2021 interview with CBS News, Hunter acknowledged that there “could be a laptop out there that was stolen from” him, while opining that he could have also been “hacked” by Russian intelligence.