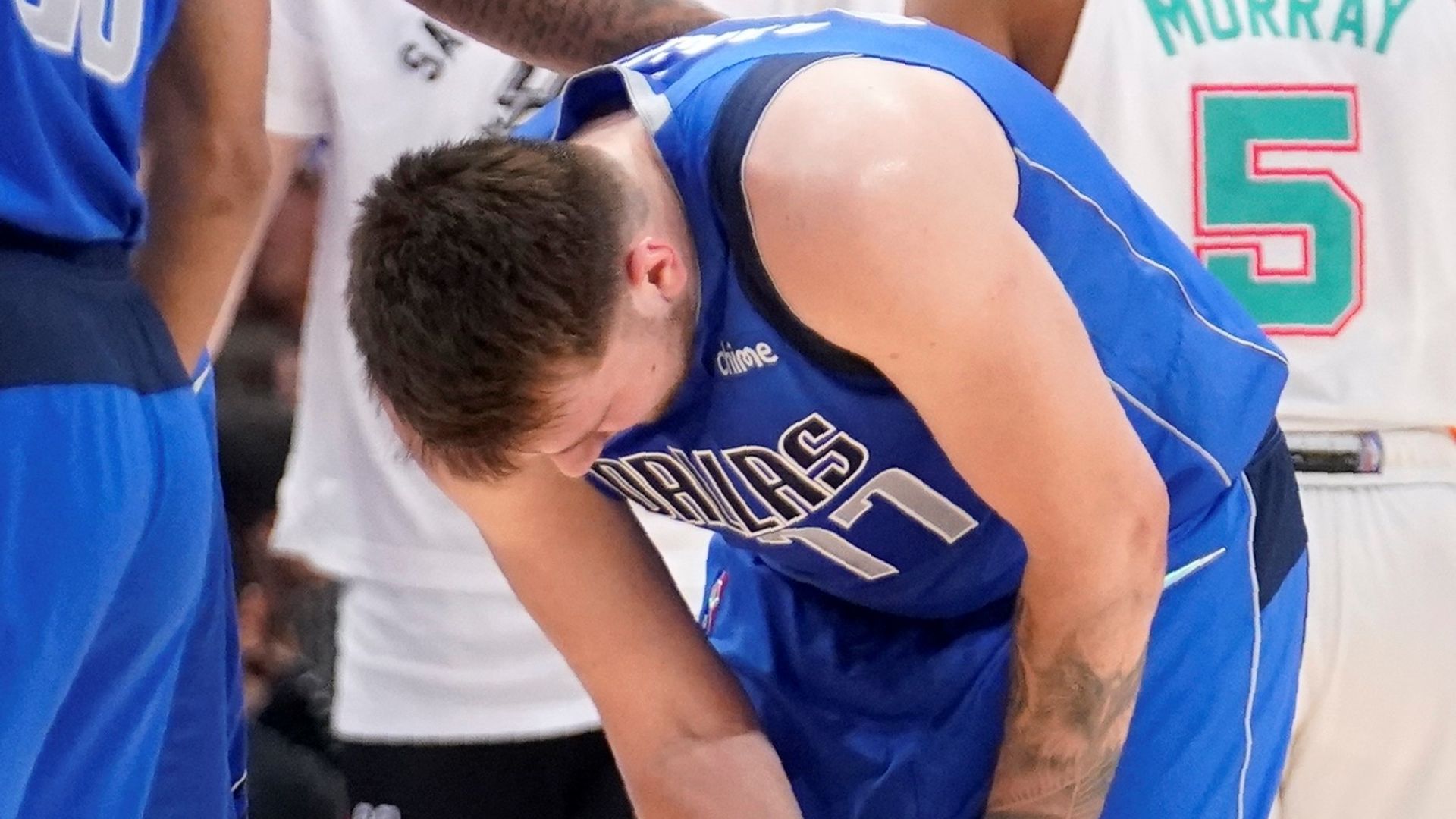 Luka Doncic’s status for the start of the NBA playoffs is uncertain after the Dallas Mavericks talisman strained his left calf in Sunday’s regular-season finale against the San Antonio Spurs.

Doncic led the way for Dallas with 26 points, nine assists and eight rebounds in the 130-120 win but exited the game in the third quarter after turning awkwardly while retreating to help on defense.

The fourth-seeded Mavs are due to get their playoff campaign underway against the Utah Jazz next weekend. They would have moved up to the third seed had the New Orleans Pelicans been able to overcome the Golden State Warriors, who ran out 128-107 winners.

“We’ll know more tomorrow, and we’ll go from there,” said head coach Jason Kidd after the game. “Hopefully, it’s not too serious.”

The unfortunate irony was Doncic had initially been suspended for the game after receiving his 16th technical foul of the season in Friday’s win over the Portland Trail Blazers, only for the NBA office to rescind the decision after a review, clearing him to play.

The two-time All-Star has averaged 28.5 points, 9.1 rebounds and 8.7 assists per game this season.