Luton Town are on the brink of an improbable tilt at the Championship play-offs but they have been on the edge before – and the future looked much less positive back then.

They face Huddersfield on Monday and Nottingham Forest on Friday, both rivals for promotion and both games live on Sky Sports Football.

Luton are fifth on 65 points in the Championship table, with Huddersfield one point and one place above them. Forest are third on 67 points while Millwall, in ninth, have 61 points. No one can afford to give an inch.

These are heady times for the Hatters after years of financial problems, points deductions and relegations. In recent history, the supporters have never had it so good.

This is the story of their fall and rise…

The club began the 2008/09 League Two season on -30 points after being punished by the EFL and FA for financial irregularities committed by previous owners.

A club in disarray, with non-League football looming, a new board of local, Luton-supporting businessmen took over and the side, managed by club legend Mick Harford, won the Johnstone’s Paint Trophy at Wembley in front of 40,000 fans.

However, as expected, they were duly relegated to the Conference Premier (now the National League) where an uncertain future awaited.

The five-year exile from the Football League featured some unthinkable results and away trips, but also a consolidation of the fanbase ready to rise again under the prudent financial planning of the ‘2020’ group who had taken charge of the club.

Should the Hatters gain promotion to the Premier League, they will be the first club to go from the top flight down to non-League and back again. The journey has been quite a ride.

In their five years outside of the EFL, Luton lost two Conference play-off finals and one semi-final before experienced manager John Still finally returned them to League Two in 2014, with Andre Gray spearheading the attack and Pelly Ruddock Mpanzu – still at the club today – in midfield.

Ruddock in fact could also set a record if Luton reach the top flight. No player has previously represented the same club from non-League up to the Premier League.

There are a handful of other players still at the club who came up from League Two, including centre forward Danny Hylton, who has four Championship goals this season having struggled with injuries during the club’s rise.

A tale of two Joneses

Luton’s swift move through the EFL has seen a large turnover of players while manager Nathan Jones has been central to their success across two spells in charge.

Having got Luton promoted into League One after four years in the fourth tier, the club were riding high in 2018/19, top of League One and preparing for a consecutive promotion, only for Jones to jump ship in January 2019 and join Stoke.

His departure, and then accepting the manager of the month award in his new Stoke gear, caused consternation among Luton fans who at that point could never have imagined he would return.

Harford, who played for Luton when they were last in the top flight, again stepped up on a temporary basis and saw the Hatters over the line, finishing as League One champions with 94 points.

Graeme Jones, former Belgium assistant and now on the Newcastle coaching staff, was appointed to take on Luton’s first second-tier campaign since 2007, but as Covid hit, the team were struggling six points from safety. Jones and the club parted ways and a replacement was needed.

Incredibly, that replacement was Nathan Jones, the returning anti-hero, who was tasked with avoiding relegation. 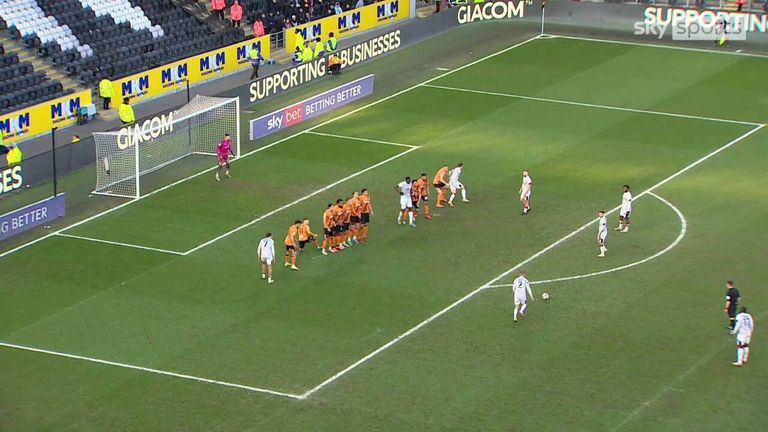 At the time, chief executive Gary Sweet said: “We have just nine games left to climb out of the relegation zone … We need a manager who can hit the ground sprinting – someone who knows us, our players and our environment, and someone who knows the league. There’s only one man who has those characteristics and that’s Nathan Jones.”

Winning four of those last nine games, and taking 16 points, the Hatters survived by three points as Charlton, Wigan and Hull went down in that most unusual of seasons dominated by the Covid break.

Whatever fans’ feelings upon his return, Jones had worked his magic again – and continues to do so. Having rescued the club from probable relegation, Luton finished 12th in his first full Championship season back at the club, their best league finish for 15 tumultuous years.

This season, Jones has made Luton a difficult side to face, aggressive and attacking. He has improved the squad every transfer window, increasing the quality and depth as he goes, including most recently star performers Elijah Adebayo and Kal Naismith. Almost all signings single out the manager and his in-depth analysis of them and explanations of how he will improve them as reasons for joining the club.

However much his exit for Stoke rankled Luton fans at the time, all must now surely be forgiven. Saving the club from relegation upon his return was impressive enough, but then cementing a mid-table finish followed by a push for promotion is more than supporters could have imagined possible when they finally got out of non-League in 2014.

This season has already been a huge success for the club, a new stadium is on the way, and they have a manager who commands respect from his squad and inspires new signings, while a play-off spot is a serious possibility.

Having suffered relegation from the top flight the season before the Premier League began, Luton are as close as they have ever been to finally returning to the top tier of English football.