Mojang and Microsoft released a new Minecraft ($6.99) update following the big version 1.19 Wild Update that recently arrived. Minecraft version 1.19.10 has a lot of fixes, allay duplication, locate biome command capabilities, and a swath of new improvements. The highlight of the update for mobile is keyboard and mouse support on iOS. It took a while to show up, but the team has finally released it in the public version today. Keyboard and mouse support works well in the time I tried it today with the update. I used my Apple Magic Keyboard and Logitech MX Anywhere 3 mouse both connected to my iPad Pro via bluetooth. Check out a screenshot of the settings below: 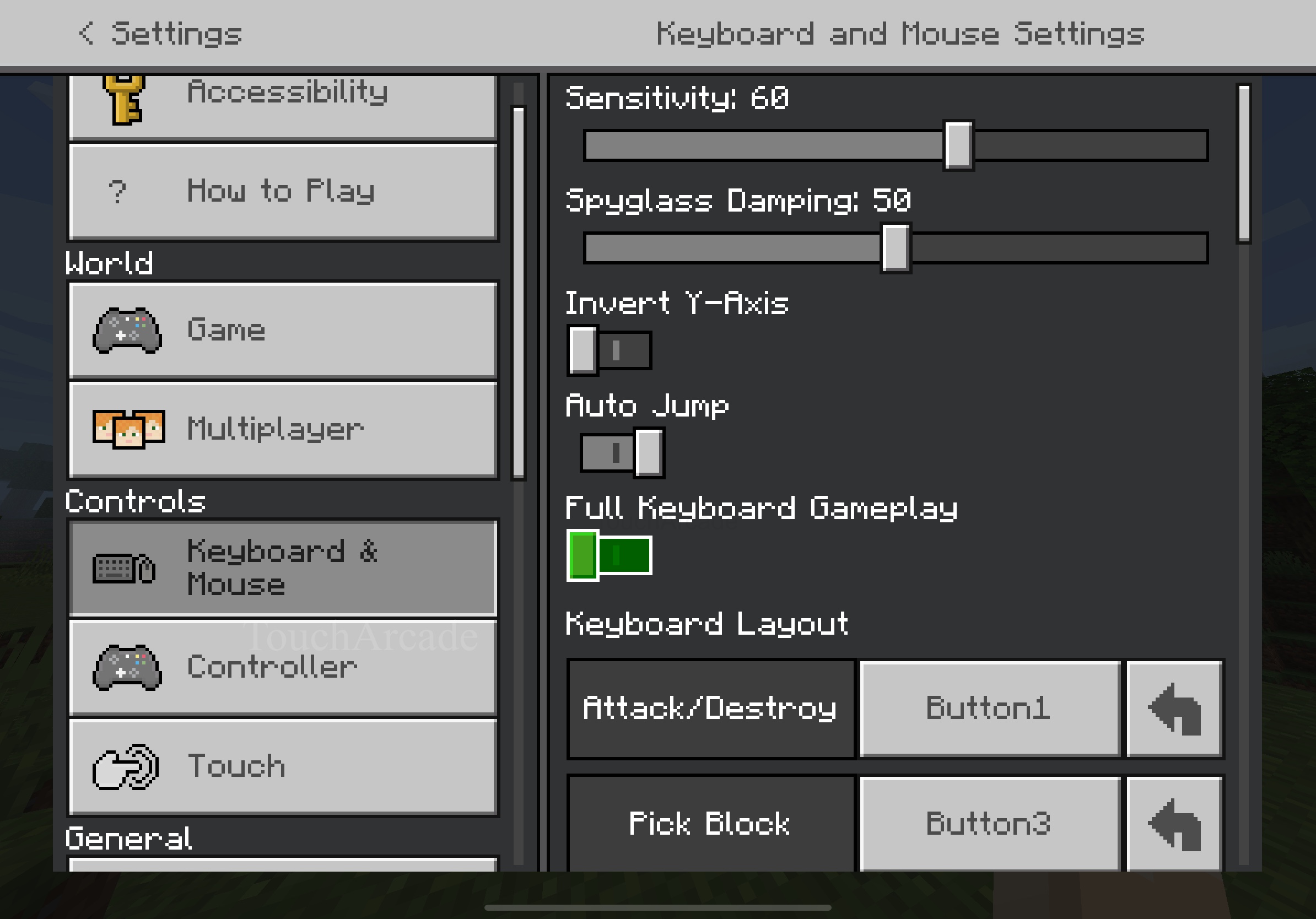 Full patch notes for the update today are here. If you’ve not played the game for a while, we’ve had two brand new biomes in the form of the Deep Dark and Mangrove Swamp. The new mobs are the warden, allay, and finally the frog. If you’ve not played Minecraft for a while, now is a great time to jump in with such a big content update and now keyboard and mouse support on iOS. Hopefully Microsoft announces a mobile port of Minecraft Dungeons as that definitely looks like it would be great to play on the go.