Hello gentle readers, and welcome to the SwitchArcade Round-Up for June 30th, 2022. Thursday is once more upon us, and that means a bunch of new releases to look at. We start things off with DLC for some very big games, Monster Hunter Rise and Cuphead. After that, it’s on to the usual releases including Rabbids: Party of Legends, Hourglass, and many more. We finish things up with the usual lists of new and outgoing sales. Let’s go! 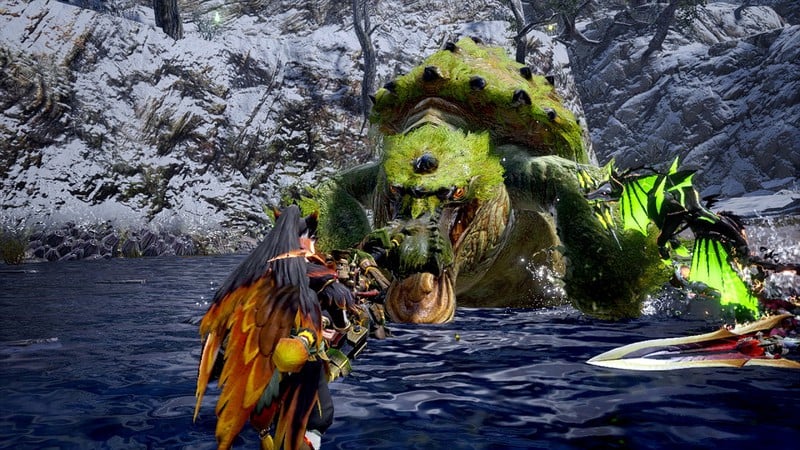 I don’t usually go over DLC stuff in the New Release lists, but there are a couple today that really can’t be ignored. Monster Hunter Rise: Sunbreak is a full-sized expansion to the original game with new monsters to hunt, new locations to explore, new gear to collect, and a whole lot more. According to our pal Mikhail, it is the utter bee’s knees. If you enjoyed Monster Hunter Rise, this will give you hundreds of hours more of enjoyment. 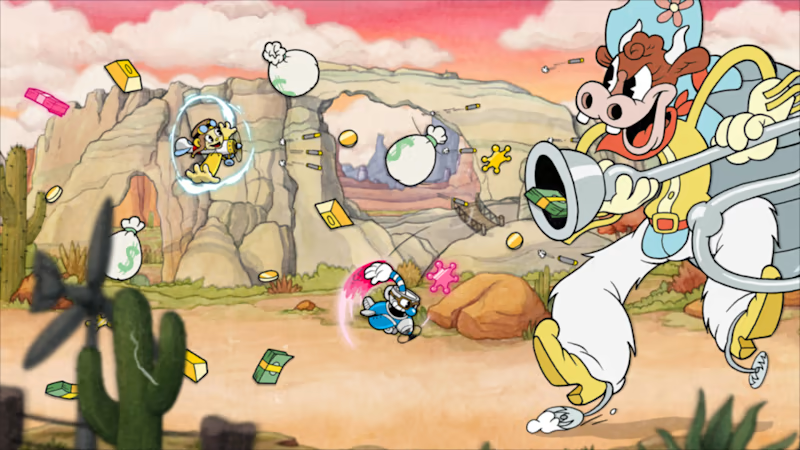 It’s been a bit of a wait, but it’s finally here. The Delicious Last Course adds a whole new adventure onto the existing Cuphead, with a new island full of big bosses to battle. There are new weapons, new charms, and a whole new character in the form of Ms. Chalice. Once you unlock her, you can even use her and her unique abilities in the original game. High quality run-and-gun action is back on the menu! 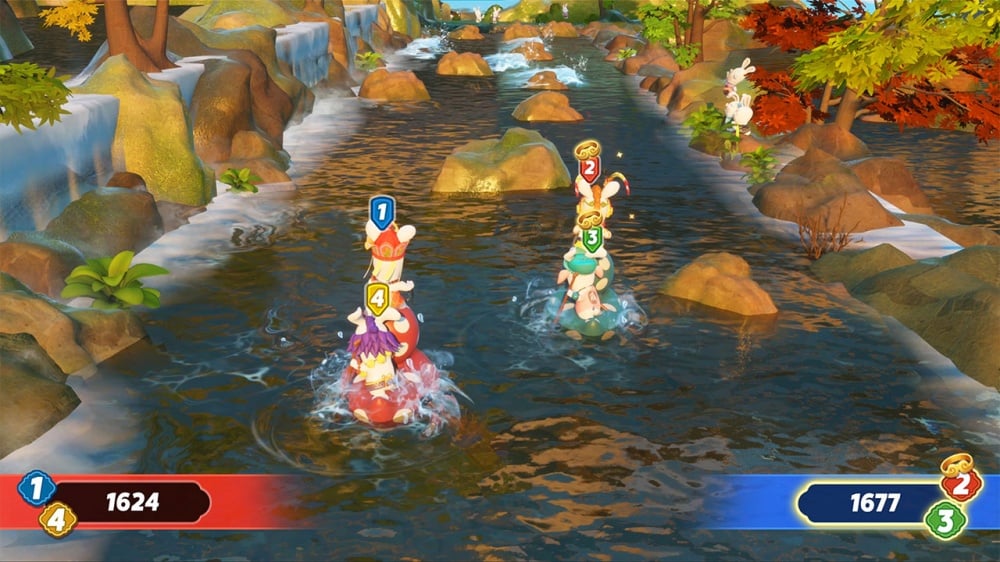 Up until now, this has been a rather curious example of a China-exclusive Nintendo Switch game. It’s a party game featuring the Rabbids with a Journey to the West theme. There are a bunch of wacky minigames, and up to four players can join in via local multiplayer. If the Rabbids don’t annoy you and you need another party game in your life, I’m sure this will be the usual reliable Ubisoft fare. 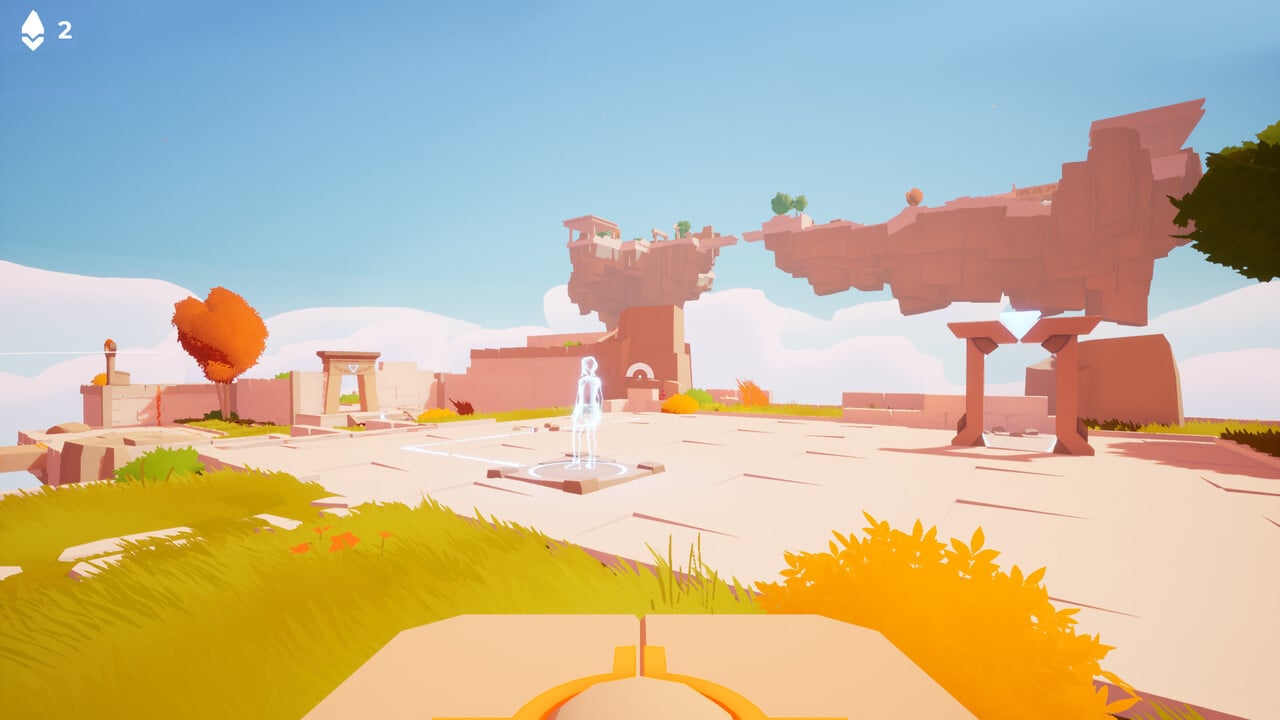 This is a first-person puzzle game where the main gimmick involves being able to make a time clone of yourself to help you solve puzzles. You play as an adventurer named Aywa who is searching for her father, an archeologist who has gone missing while on an expedition in Egypt. This game has been available on computers for several months now, and the reception to it has been quite sunny. If you dig the Companion Cube-focused puzzles in Portal, you’ll probably enjoy this. 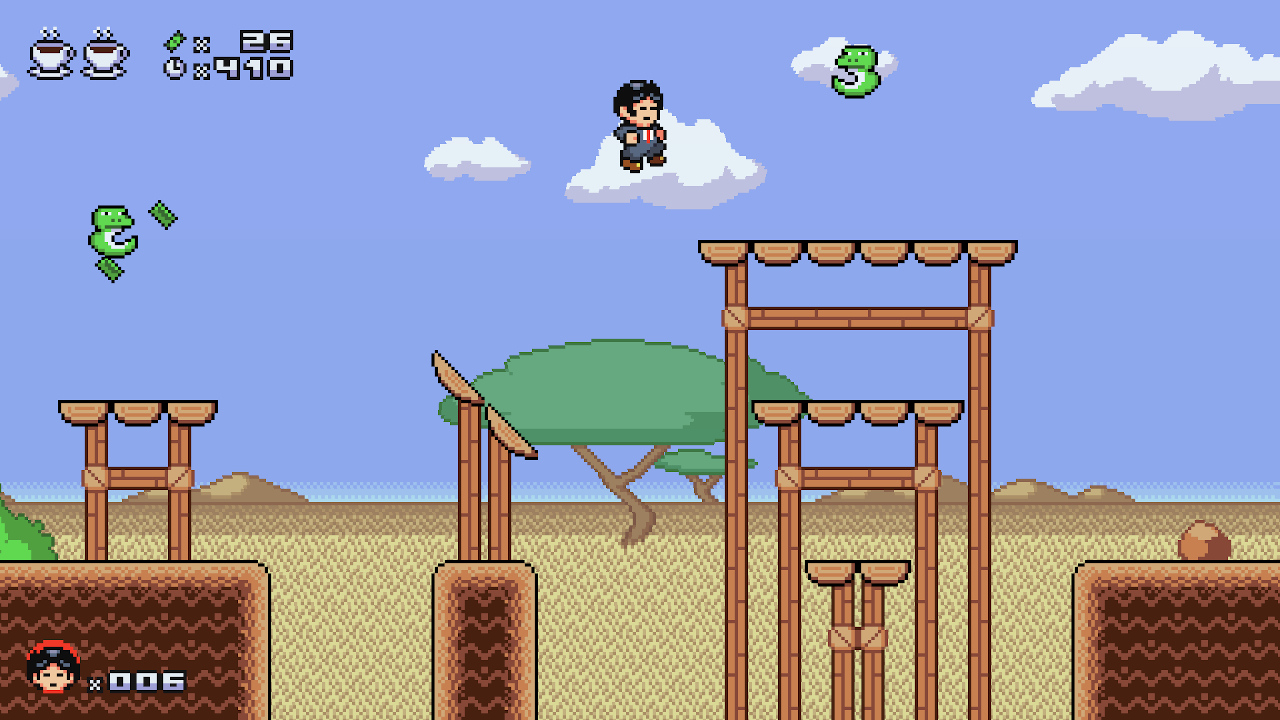 Big five-dollar Switch platformer energy coming off this one. You play as Takeshi Shi, who is running late for work. Hop, bop, and throw your way through fifteen stages, using your various briefcase power-ups to help you. Beyond the basic platforming, there are special missions that change things up in weird ways, plus some extra modes like Time Attack and Hard Mode, and even a local multiplayer mode where you race one another. I like the bits that seem inspired by Super Mario Bros. 2/USA. We need more games that draw from that one. 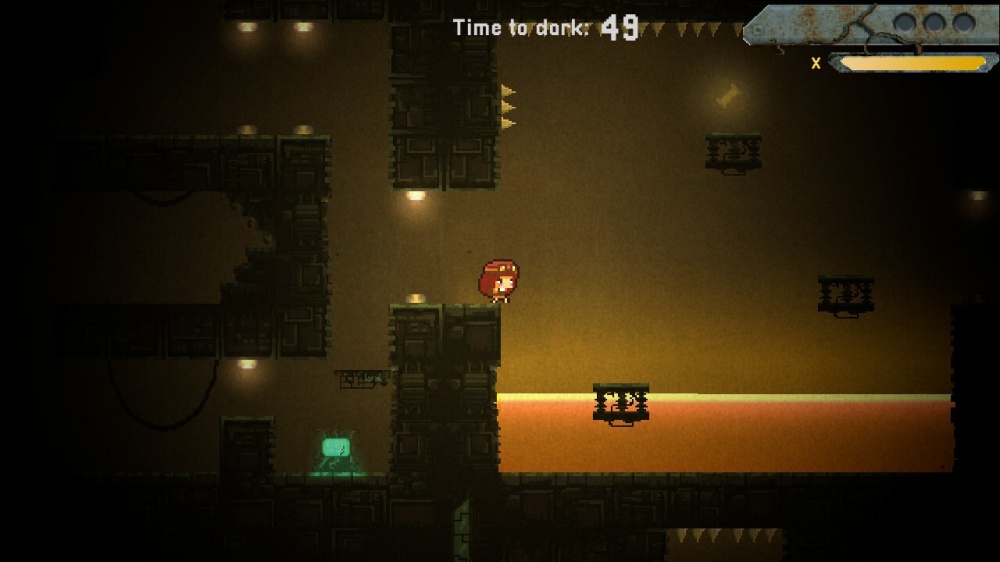 This is a 100+ stage platformer with an interesting twist. You have sixty seconds to clear each stage before the lights go out, at which point things will presumably get a lot tougher. To finish the stage, you have to find three energy cells to open the exit and then make it there safely. Mechanically, it’s one of those challenging platformers with wall jumps and dashes and such. If you can’t get enough of those, here is one more. 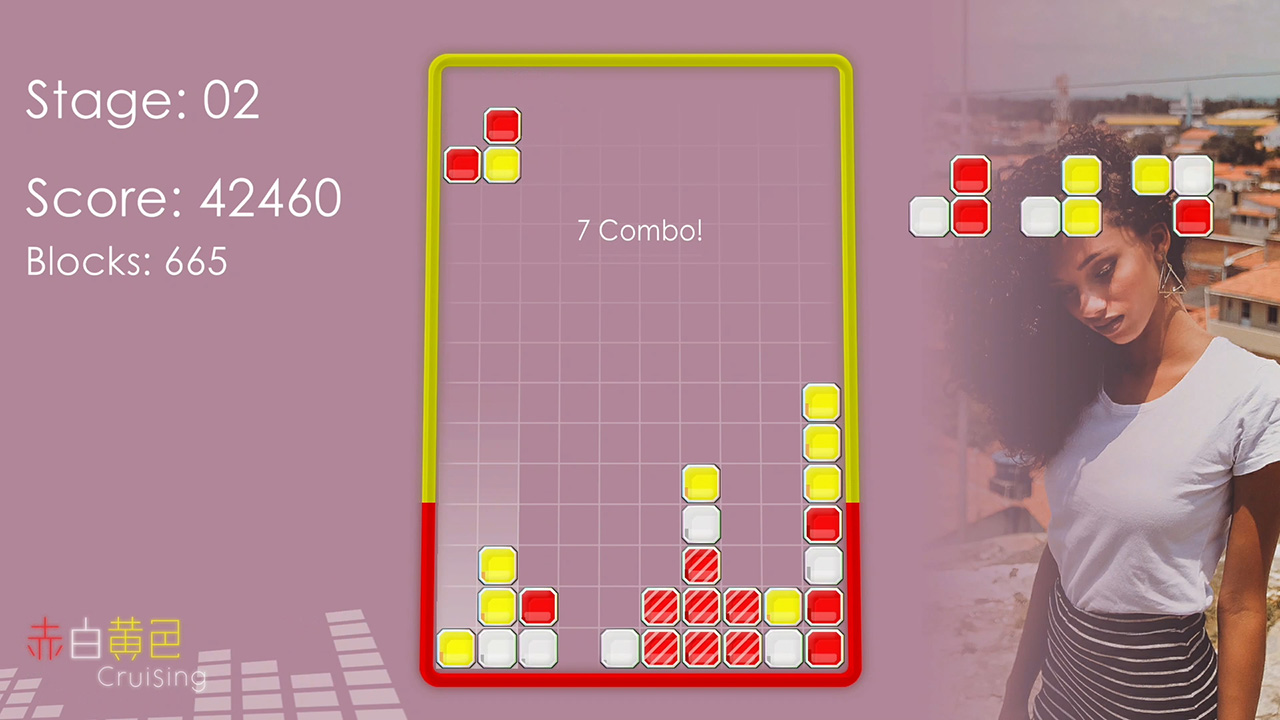 Literally just another version of Red White Yellow, but with a new soundtrack. No gameplay differences at all from the other ones, but if you want some of Syunsuke’s tunes to play along with, this is your hook-up. I feel like this, along with the two other variants, could probably have been DLC for the original Red White Yellow, but I’m not the mayor of indie puzzle game town. 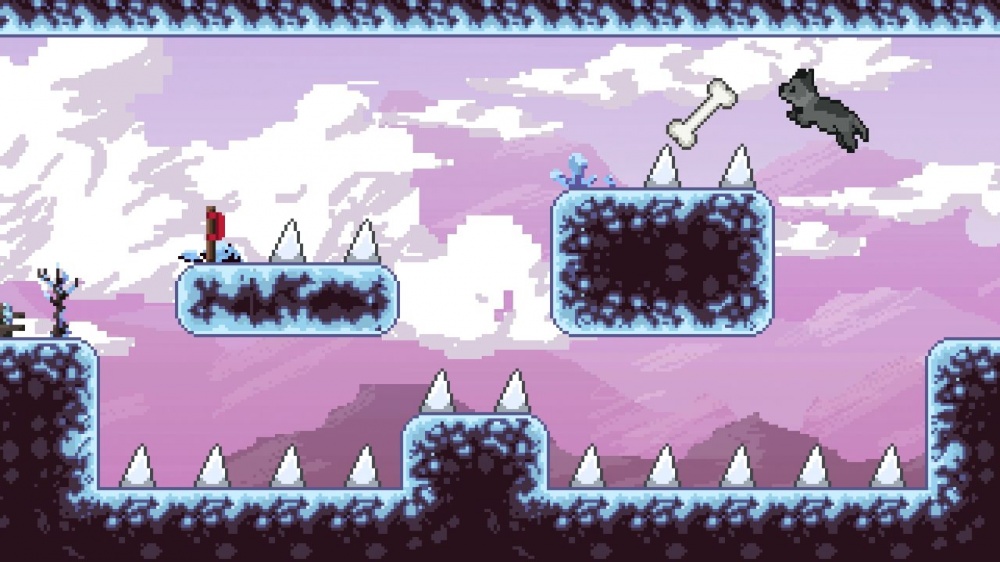 A little platformer where you play as a black wolf. It has the usual platforming moves in spite of its canine nature, so you’ll be wall-jumping, air-dashing and so on. Collect the bones in the levels to unlock more levels. Not much more to it than that, but at that price I guess it doesn’t have to bring a musical number and dancers with it or anything. 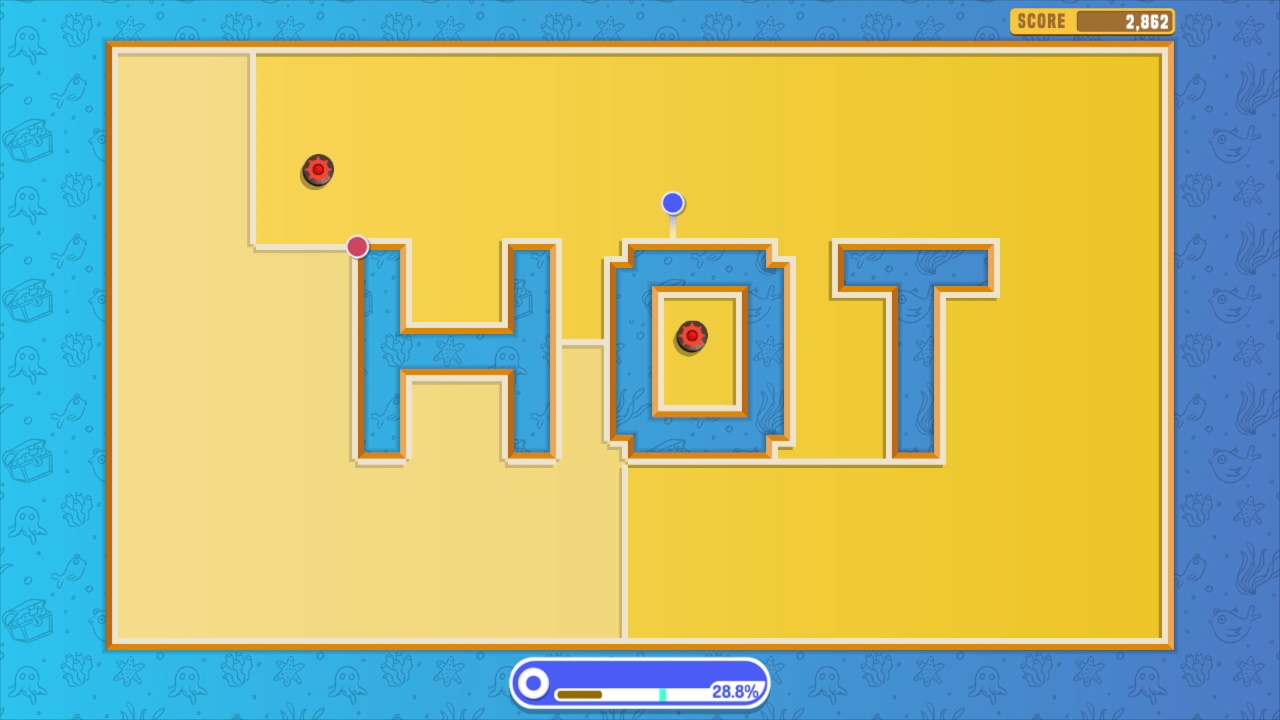 Well, that’s just QIX, isn’t it? There are more than ninety single-player levels here, plus forty co-op levels and a four-player battle mode via local multiplayer. But yes, it’s basically QIX with some unusual stage layouts, multiplayer, and some power-ups. If you like this kind of game it is rather rare to find one without half-naked ladies in it, so I think there’s some value to it. 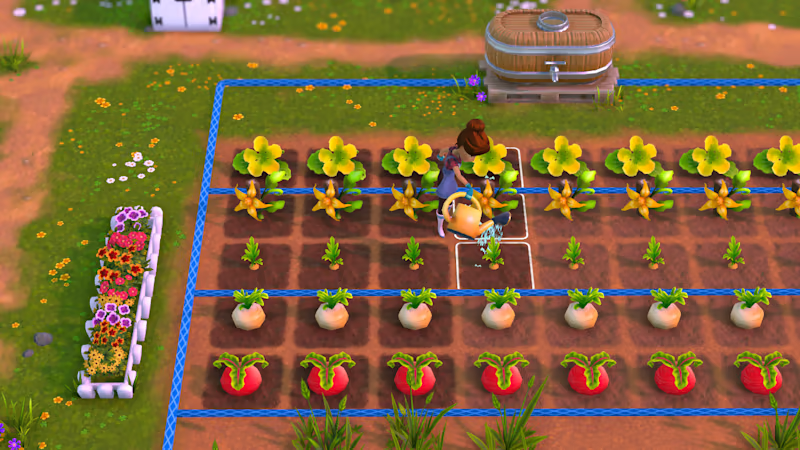 Can I just say how weird it is that Harvest Moon/Story of Seasons was around for something like twenty years with very few imitators until Stardew Valley hit it big with its homage, and now we’ve even got the likes of Square Enix and Microids making their own takes on it? Anyway, that’s what this is. It’s Harvest Moon filtered through the My Universe lens. Prepare the land, grow the crops, take care of livestock, and so on. There are better choices for this kind of thing. 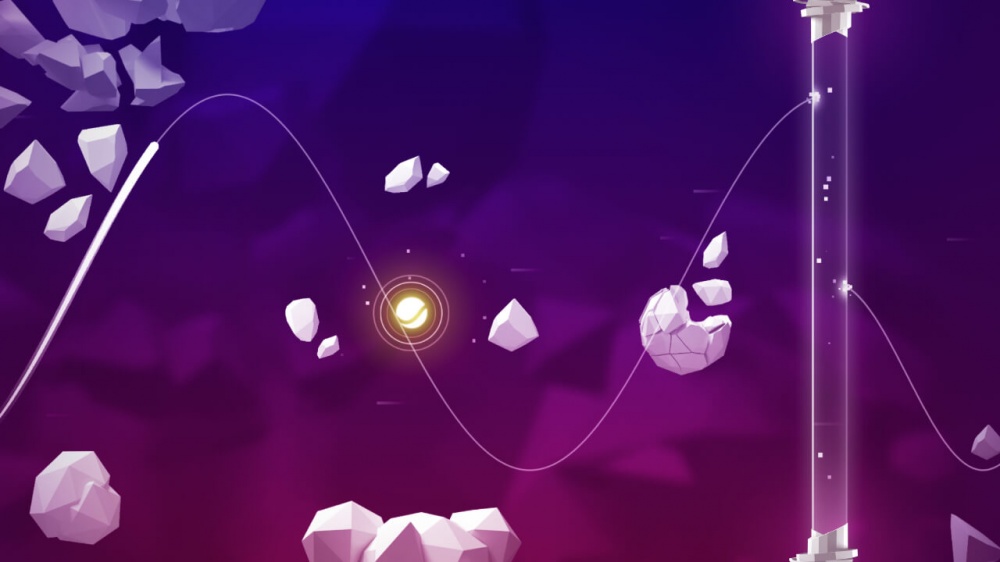 This is a simple game where you control a sine wave that has to make its way through forty stages as quickly as possible, avoiding obstacles and collecting orbs as you go. A very straightforward one-button game, and not a bad pick-up for the price if you’re looking for something affordable today. 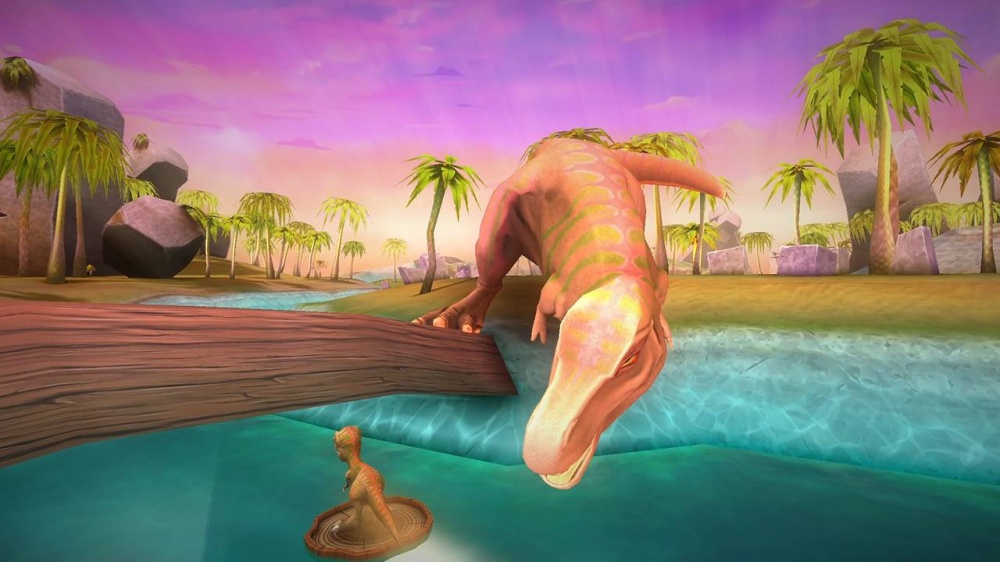 This is something of an education adventure game aimed at younger players. You hatch one of seven dinosaurs and use them to explore a prehistoric world full of things to do and dinosaur facts to learn. Kids can also use a simple editor to write their own dinosaur stories. Reviews on other platforms are kind of average, but I suppose if you have a little one who is wild about dinosaurs, this might be a fun way to encourage that interest. 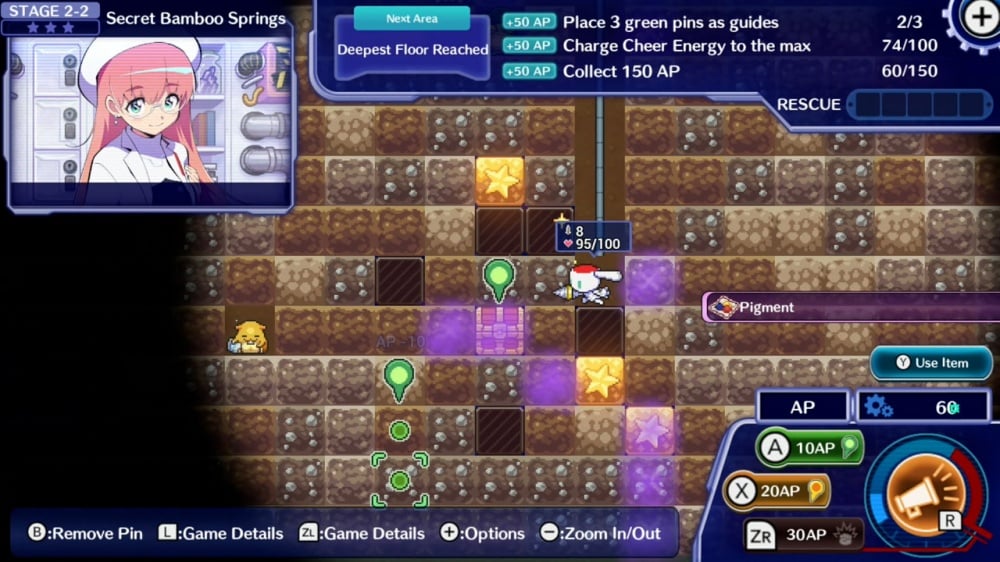 Who doesn’t like digging games? Some people, I suppose. But I like digging games, and Arc System Works has another one for us. It’s a roguelite digging game with seven big stages to play through. Find materials, use them to craft power-ups, make strategic use of the pit stops you find along the way, and try to keep the power connected as you go. It looks promising, but I haven’t had a chance to try it out myself yet. 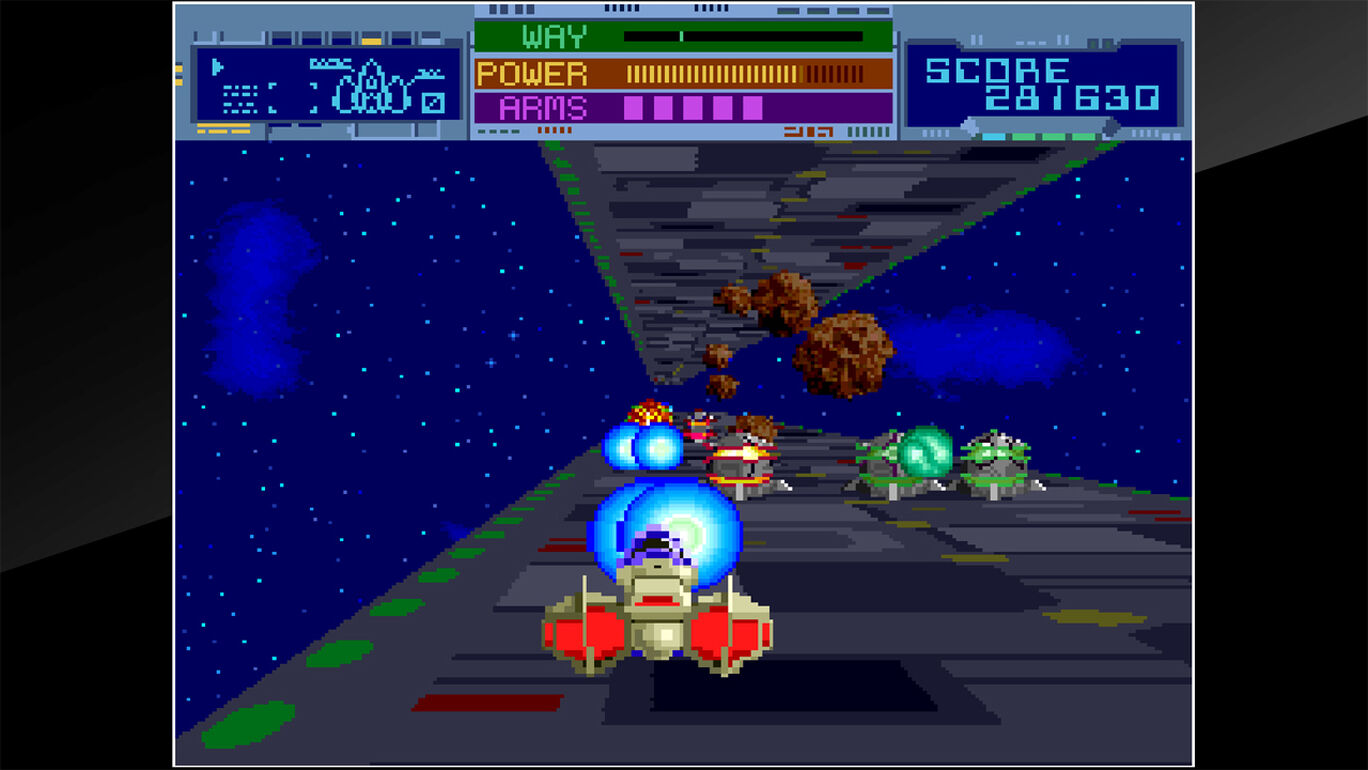 I’m not sure how well today’s gamers know this, but back in the day SEGA and Namco had a powerful rivalry in the arcade market. Rolling Thunder begat Shinobi, Virtua Fighter led to Tekken, and so on. Sometimes, as in those examples, the results were legendary. Other times, you had something like Thunder Ceptor. This 1986 game feels like a direct reply to 1985’s Space Harrier, but it didn’t end up making much of a mark. Because of that, it has been basically forgotten even seemingly by Namco itself. But not by Hamster, as it has selected the game as its latest Arcade Archives release. The gameplay is just decent, but the tech on display here is dazzling for the time. Worth a pick-up for people who like the odder corners of Arcade Archives. 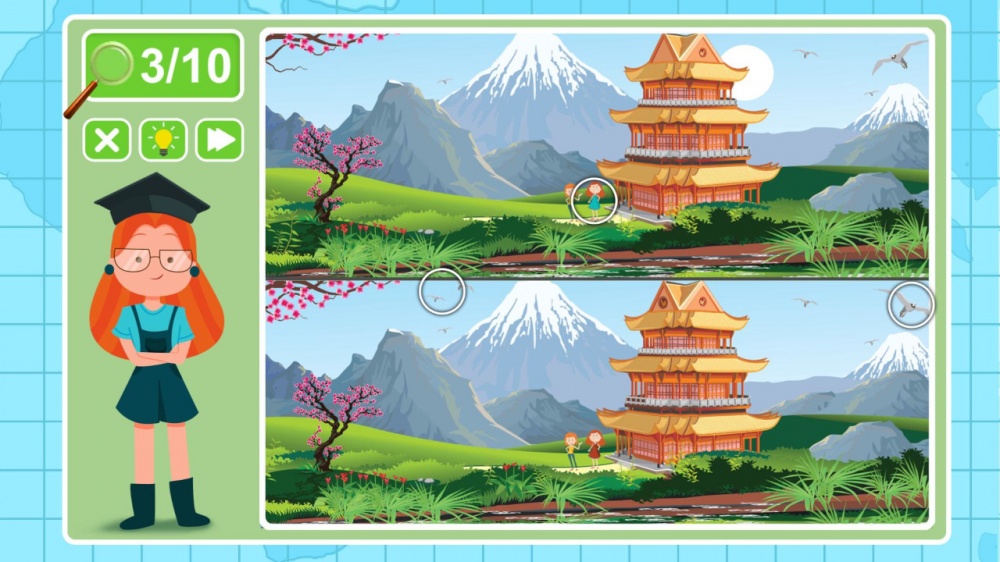 Another Viki Spotter game where you have to spot the differences between two scenes. This one has a world travel theme. This is the third one in three weeks, and I have nothing new to say about it as a result. Maybe good for younger kids?

Not too much today, either. Some of those so-so pinball table bundles are hitting new low prices, and if you’re into Nape’s games there are some discounts on those as well. Lots of usual suspects in the outbox, but it’s never a bad time to grab Groove Coaster or Touhou Spell Bubble. It won’t take but a minute to check those lists, so do that little thing. 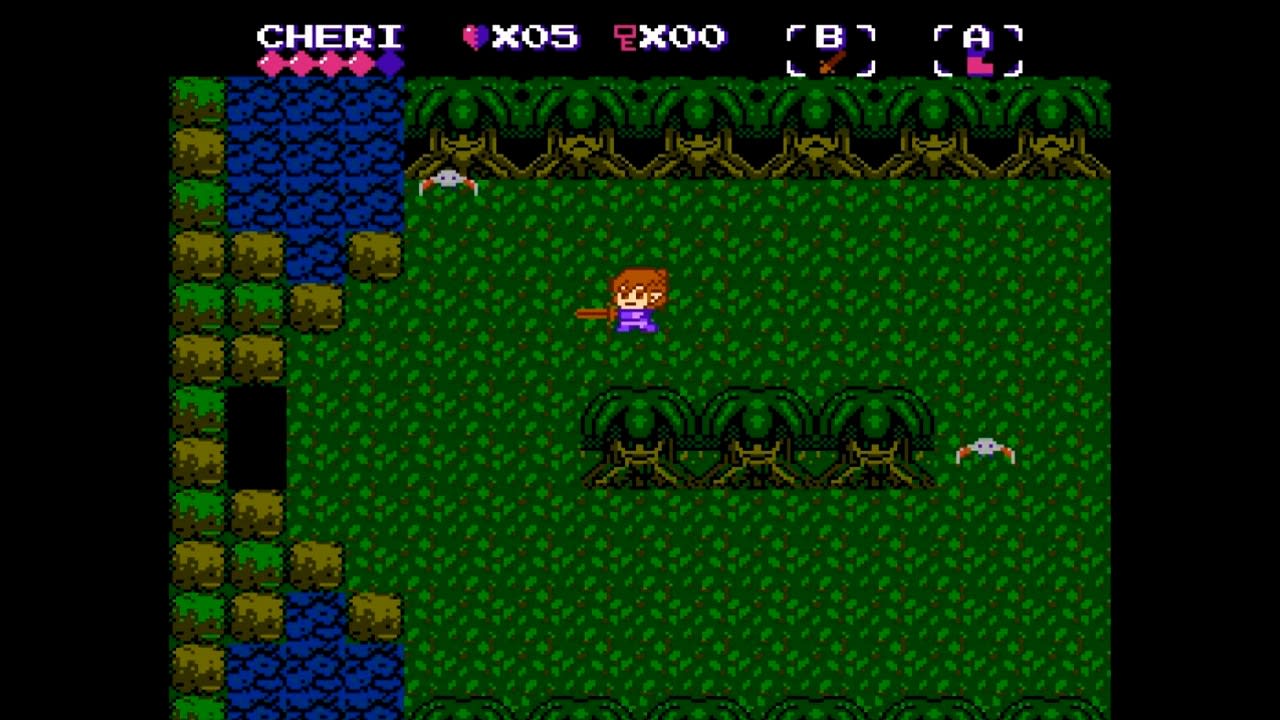 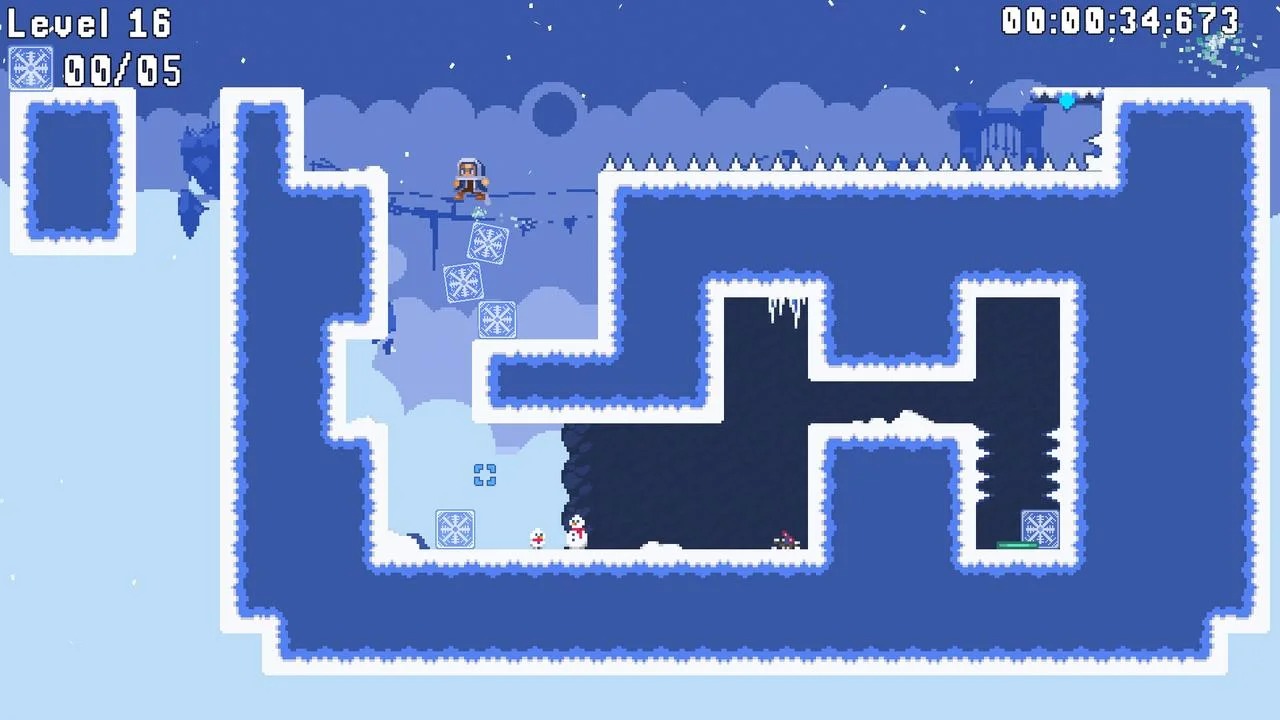 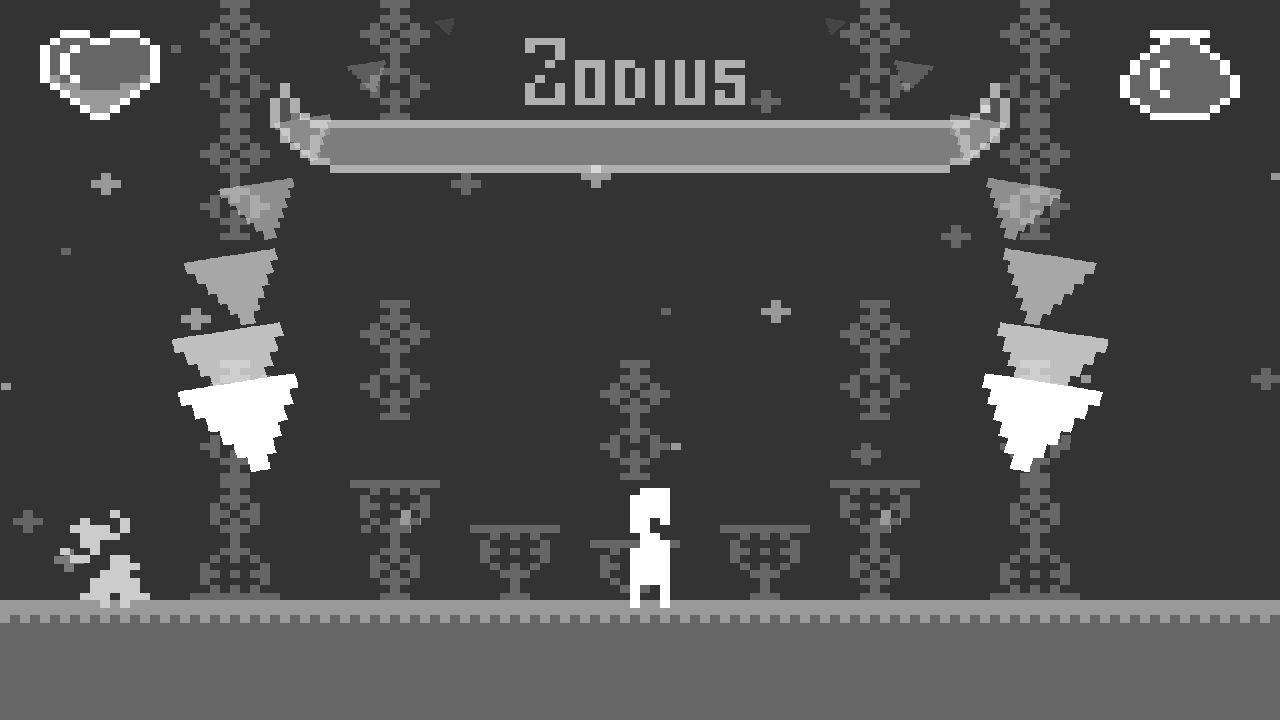 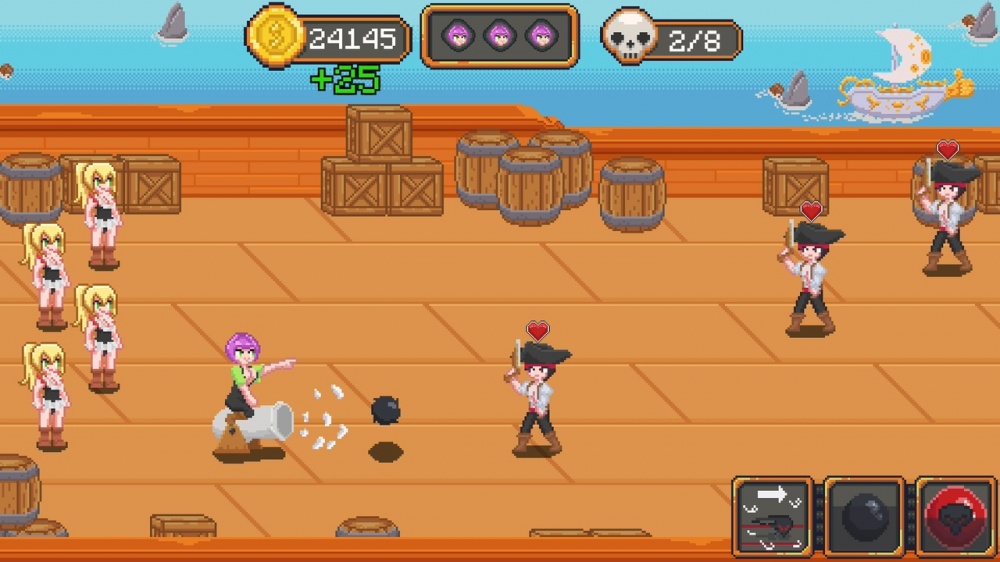 That’s all for today and this month, friends. Tomorrow is the start of a new month and we’re getting right into it immediately. Games like Parasite Pack, Gamedec, and Rainbow Laser Disco Dungeon will be hitting the eShop, and we’ll have summaries of all of them. I imagine there will also be some sales to sift through as well. I hope you all have an amazing Thursday, and as always, thanks for reading!