Healthcare is on my mind, in part because I have spent much of the last two weeks looking after my husband following a serious operation on his spine. We were lucky — he had a great doctor, and we have good health insurance.

But whenever I spend time in the US healthcare system, I come away thinking what a quagmire of waste and misaligned incentives it is. I believe that’s because the last half century of financialisation within the industry has taken it from being a largely charitable service to a fat private market, ripe for exploitation.

As with so many things, Americans get both the best and the worst of healthcare. We have access to the most cutting edge treatments (for those who can afford it). We also have a system in which two-thirds of the people who declare bankruptcy do so in part because of medical costs, even after the passing of the Affordable Healthcare Act (aka Obamacare). And, as everyone knows, the US spends far more than most of the world on healthcare, but receives only middling outcomes by OECD standards.

I fear the bifurcation within our system is poised to get worse. Covid and the promise of higher public spending on healthcare is drawing the sharpest-elbowed investors to an industry that doesn’t allocate resources as perfectly as the “invisible hand” of efficiency would suggest that it should. (Although, frankly, after 30 years of covering business, I’m hard pressed to think of an industry that does.) The unprecedented sums of money sloshing around a complicated and opaque system will undoubtedly make the rich richer, and the sick sicker.

Many doctors and patients alike are weary of battling insurance companies for necessary, albeit expensive, procedures

Private equity in particular is pouring money into the healthcare sector, investing $26bn in life sciences and $44bn in medical devices in 2021, the highest rate in a decade. This follows a 20-fold increase in private equity spending on healthcare deals — including leveraged buyouts, growth investments, secondary investments and so on — between 2000 and 2018, according to an INET working paper released in 2020.

It’s quite obvious why private equity would see an opportunity in healthcare, where there’s a desperate need to cut costs and create efficiency. For years, private equity companies have been buying into hospitals, outpatient care facilities such as urgent care centres and emergency rooms, as well as medical billing and debt collection. They’ve also snapped up high-margin speciality practices such as radiology, anaesthesiology and dermatology.

Still, prices haven’t come down — quite the opposite. Meanwhile, many medical professionals, consumer advocates and academics say that quality and access to care is declining, as the industry consolidates and closes smaller practices in poor or rural areas, pushes doctors to increase volumes of patients seen, and encourages more expensive diagnostic tests and the use of less costly (but often shoddier) equipment.

I know some physicians who are relieved to just hand over their reams of paperwork to someone else so they can focus solely on patients. I also know a number of healthcare professionals who have left practices after private equity takeovers, as they felt they were under too much time pressure to offer high quality care. Certainly, many doctors and patients alike are weary of battling insurance companies for necessary, albeit expensive, procedures.

To be fair, the ailments of the American medical system can’t be blamed entirely, or even primarily, on the private equity industry. But the fact that a public good such as healthcare (or others such as education or housing) has been turned into something that can be spliced, diced and sold just like a retail store or a factory isn’t helping us create cost-saving competition. Indeed, it’s just creating a new and more dangerous area for rent-seeking.

As academics Eileen Appelbaum and Rosemary Batt lay out in a Center for Economic and Policy research paper on the financialisation of the healthcare system, these problems have been brewing for decades.

They started in the 1960s, when for-profit care was, for the first time, funded by government and other third-party payers. As public funding waxed and waned, investors would get into hospitals and nursing homes, and then flip them for profit when it suited. In some cases, this involved using the sort of real estate leverage model deployed in retail: capitalising on a business’ bricks and mortar assets, rather than trying to grow it. 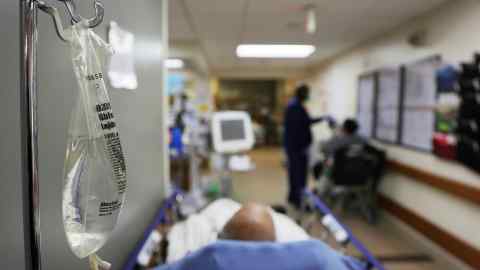 Alternatively, private equity companies would peel off and consolidate the high margin stuff and cut back on the basic care. Perhaps this is why it’s easier in some neighbourhoods to find someone offering Botox than a GP taking new patients. Cash-only “concierge” practices that sidestep the insurance system are also increasingly the norm.

Now, the effects of Covid and the promise of more federal spending on health are fuelling investor interest in areas such as psychiatry practices, home healthcare and even hospice care. Dangers lie ahead. “Think about how private equity will make money in something like a hospice,” says Appelbaum. “They’ll cut the seasoned staff trained to help families understand and cope with the process of dying, and hire people who might be able to help clean the house.” Welcome to healthcare, American style.

Sign up for Rana’s US politics newsletter, Swamp Notes, ft.com/newsletters