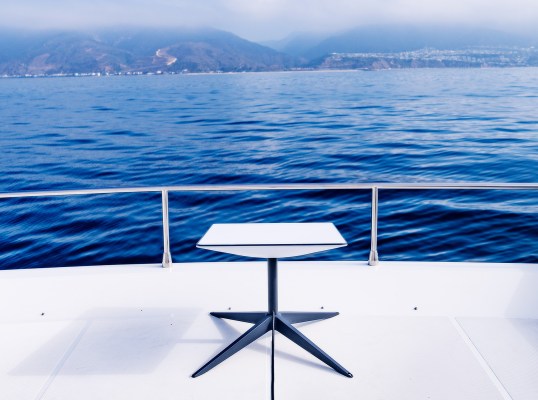 Having conquered orbit, SpaceX’s next venue seems to be the high seas, through a special yacht-focused sub-brand of its satellite internet service called Starlink Maritime.

The idea of satellite internet on the water isn’t a new one, but the actual service generally isn’t great: you can expect to pay hundreds or thousands per month for DSL-era speeds, topping out at a few megabits.

Starlink Maritime is taking on the speed problem at least, saying it can provide customers with up to 350 Mbps. But with a monthly price of $5,000 and a one-time hardware fee of $10,000 for the dual terminals you’ll need, it’s not exactly more accessible. Though consumers do have the option to pause and unpause the plan and only be billed for the months they use.

The terminals are “performance dishes” about twice the size of a home dish, Starlink’s Joseph Scarantino noted on Twitter.

“Two Perf Dishes quadruples performance — so that helps reduce latency, ping drops, or loss of signal at sea because of the wider FOV provided by the two Dishes,” he wrote.

Of course, the device still needs to be installed where there’s a clear view of the sky. Consumers can download the Starlink phone application to make sure their device is placed in the ideal location.

SpaceX claims Starlink Maritime “allows you to connect from some of the most remote waters in the world,” but currently their coverage area is limited to coastal waters in North America (primarily the U.S.), Europe, Australia, New Zealand, Brazil and Chile. Not a problem if all you do is cruise the Mediterranean, but trans-ocean ships will lose connectivity pretty quickly after leaving port. 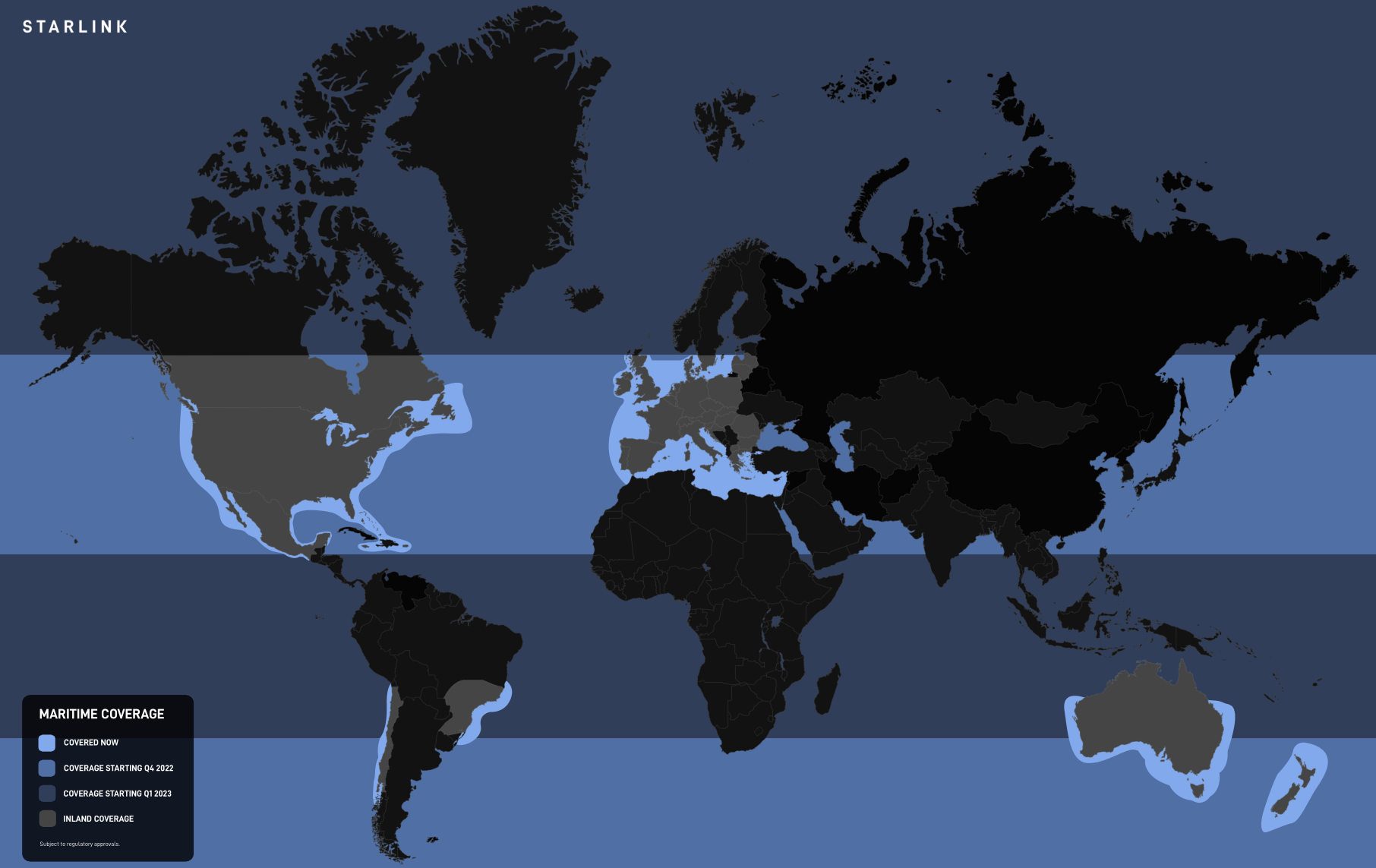 Starlink claims they will expand their coverage to more waters — primarily across the Northern Hemisphere — by this year’s fourth quarter, and the Southern Hemisphere by the first quarter of 2023.

Current maritime internet providers allow coverage across most ocean waters, depending on the coverage plan — but again, the speed is not great. High-speed service even just in local waters, even with that price tag, will probably attract plenty of high-end customers and commercial services like cruise ships.