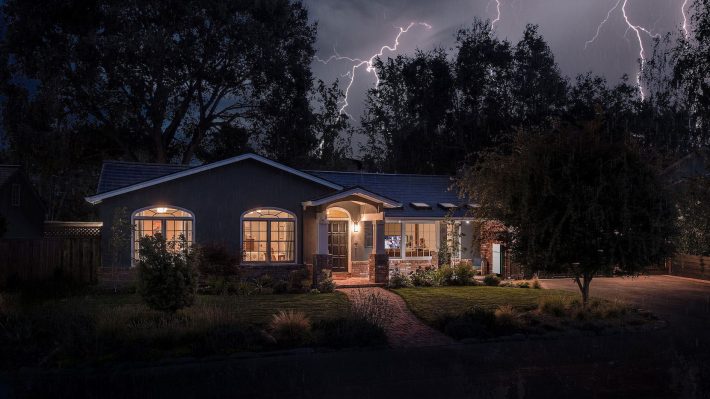 Five and a half years on (well, really 5.69), Tesla’s solar roofs are looking less like a revelation and more like a hobby. Though Elon Must set a goal of 1,000 solar roof installations per week, the company’s latest averages are reportedly a tiny fraction of that figure.

Citing an anonymous source, Electrek reports that Tesla installed just 2.5 megawatts of solar roofs in the second quarter. That would equate to about 260 medium-sized (9.6-kilowatt) home installations last quarter, or roughly 20 each week, per some back-of-the-napkin math. A more generous estimate (say, if we assume each installation were rated at just 5 kW) would still place Tesla somewhere around 38 per week, or nearly 4% of the way toward that 1,000-per-week target.

Tesla originally showcased its roofs in 2016 on the street best known as Wisteria Lane, where “Desperate Housewives” was filmed. “It’s not a thing on the roof. It is the roof,” Musk said around then, pitching it as a sleek alternative to bolt-on solar systems that tend to stick out.

So, what’s the holdup on the roofs? Tesla did not respond to a request for comment on the report, but the company may have bit off more than it could chew. “We basically made some significant mistakes in assessing the difficulty of certain roofs,” Musk said last year, as Tesla hiked its prices for some buyers. “You just can’t have a one-size-fits-all situation,” he said.

Supply-chain issues could also be a factor. For the first quarter of 2022, Tesla reported a sharp drop in solar deployments, most of which involve conventional panels. The company blamed “import delays beyond our control on certain solar components” for the decline.

Beyond Tesla, several other companies have tried to make solar shingles happen, including GAF Energy and SunRoof. No matter how well they blend in, however, none have managed to supplant conventional solar systems — at least not yet.